January 24, 8:00am • Redux Contemporary Art Center • part of a series on Roots Meet The Head Magic Maker, Christine Osborne. With A Contagious Spirit And Enthusiasm, Christine Has Owned Wonder Works Toy Stores For 27 Years and is now sharing her Toy Industry Business Knowledge & Tips via Christine S Osborne LLC. With the uncanny ability to spot a craze and hot items before they even hit the shelves, Christine leads her team with a passion to provide children and families with the most magical toys that help develop social, mental and physical skills. Of course while inspiring fun, creativity and imagination! As the owner of Wonder Works, Christine has been an integral part of the Charleston community and toy industry for many, many years. She and Wonder Works toy stores have won countless awards and recognitions based on the business’ success, achievements and community involvement. Cathryn Davis Zommer is the Executive Director of Enough Pie, a non-profit that uses creativity to connect and empower their community in Charleston’s Upper Peninsula.

Cathryn began her career at The Charlie Rose Show in Manhattan and spent a decade in global marketing before returning to the Carolinas in 2012. While in New York, she conceived, directed, and produced FULLY AWAKE (2007), a feature documentary film on Black Mountain College, one of America’s most legendary experiments in education and art and the birthplace of the geodesic dome and the first multimedia happening. The film has screened globally at the Tate Modern in London, MoMA in New York, and the Guggenheim in Bilbao. Announcing the one and only Charlton Singleton representing the theme TABOO.

A native of Awendaw, SC, Charlton Singleton began his musical studies at the age of three on the piano. He would then go on to study the organ, violin, cello, and the trumpet throughout elementary, middle and high school. In 1994, he received a Bachelor of Arts in Music Performance from South Carolina State University. Since that time, he has taught music at the elementary, middle, and high school levels, as well as being an adjunct faculty member at the College of Charleston. Currently, he is the Artistic Director and Conductor of the Charleston Jazz Orchestra; an 18 piece jazz ensemble of some of the finest professional musicians in the Southeast and the resident big band in Charleston, SC. Mr. Singleton is also the organist and choir director at St. Patrick Catholic Church in Charleston, SC. In November of 2016 he was named the inaugural Artist in Residence at the recently renovated Gaillard Center in downtown Charleston. Announcing our speaker for MOMENTS!

Stanfield Gray lives at the intersection of innovation and the New South, the place where culture and the digital economy intersect to produce startup offspring. The founder of DIG SOUTH Media and DIG ICON (Innovation Conference), Stanfield’s goal is to match leading global brands with fast-growth startups, help them forge collaborative relationships and get deals done. In other words, DIG is about knowledge and networking. Held at the Charleston Gaillard Center, DIG has grown from 454 to 2000+ annual attendees and hosted more than 5000 total attendees since 2013. In 2017, DIG will welcome 100+ speakers including VOX CEO/Chair Jim Bankoff, Jet.com Chief Customer Officer Liza Landsman, DraftKings CEO Jason Robins and other thought leaders. DIG tracks focus on digital innovation in technology, business and marketing. Gray holds a BA from the South Carolina Honors College and an MA from the University of Mississippi. And, more importantly than all of the aforementioned, Stanfield is most inspired by his wife, Sunny, and their two whip-smart kids, Stella and Garrison. Our Speaker Charles Carmody is unlike any other.

He is currently the Director of The Charleston Music Hall; a position he has held since 2012.  The Charleston Music Hall is a 935 seat venue that hosts over 200 events per year.  Charles created a promotions company, Murias Entertainment, in 2014 to put on smaller events throughout Charleston. He is the Music Director of Charleston Wine + Food Festival, and he co-manages the band SUSTO as well as work with other musicians and bands.  His mission is to make Charleston the greatest music city in the world, as well as create beautiful moments for people to come together. 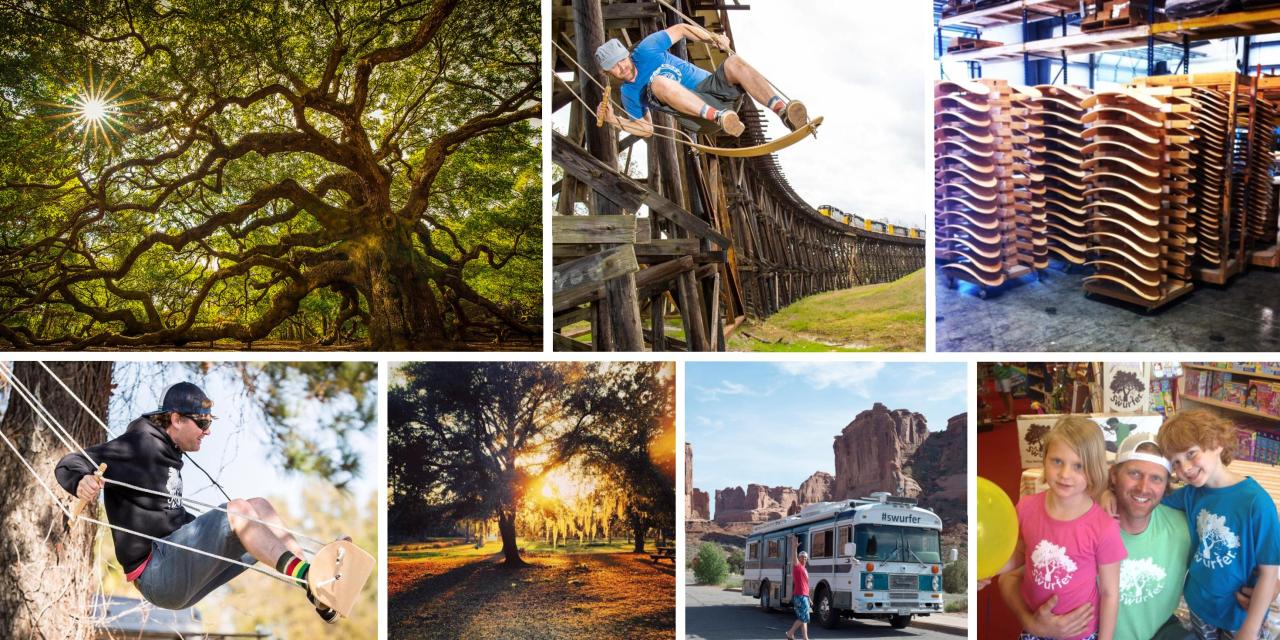 Our Speaker this month is none other than Rob Bertschy, creator of the SWURFER.

Rob Bertschy is the founder of Swurfer. Additionally he is a full-time puzzletier, barefoot adventurer, pusher of the limits, ceviche connoisseur that averages 4 hours of sleep per night. He believes all doors should be pulled instead of pushed, and that the word impossible shouldn’t be in the dictionary.

We will have the honor to hear about the “magic” he has seen along the way to making his dream into reality. Our Speakers for August:

John Park is a Copywriter and Designer. He is the founder and Creative Director of Arts and Sciences, a Charleston-based Marketing firm.

He began his career at Arnold Worldwide in Boston, writing ads for Vonage, Radio Shack and Ocean Spray. In 2007 he created Flo, Progressive’s spokeswoman, who was elected into the Madison Avenue Walk of Fame in 2011.

When Marcus Amaker was 10, he wrote “When I grow up, I want to be a rock star like Prince.” Since then, his love of the purple one inspired him to pursue art, in all of its forms.

He’s a well-known graphic/web designer and videographer, producing award-winning work for many local nonprofits and organizations. He’s also the lead designer for the national music magazine, No Depression.

As a musician, he’s recorded more than 15 albums. Of those albums, his most famous song is “Big Butt,” written when he was 10 years old.

He is also the former editor of the Post and Courier’s Charleston Scene entertainment section.

But, most importantly, he still loves Prince (RIP) and is obsessed with Star Wars. KJ Kearney, June 24th, 8a at The Library Society Announcing our speaker for RISK, on April 22nd!

He is none other than John Zinsser, a master in conflict resolution, and developing companies to be an environment where they can communicate openly. John is also a TEDx alumni, speaking all over the country, including a monthly engagement at Columbia University.

His work clarifies intentions, perspectives and messages, helping those I’m with to realize what they most need to say, to feel or to do. We don’t chase happy. Together we forge better.

That’s why Fortune 500 companies like Baker Hughes, IBM and Shell Oil, as well as global companies like Novo Nordisk and OMV-Petrom and others including Blackbaud, ICANN, and Fidelity Investments turn to John when they want to innovate their process and humanize their organizations.