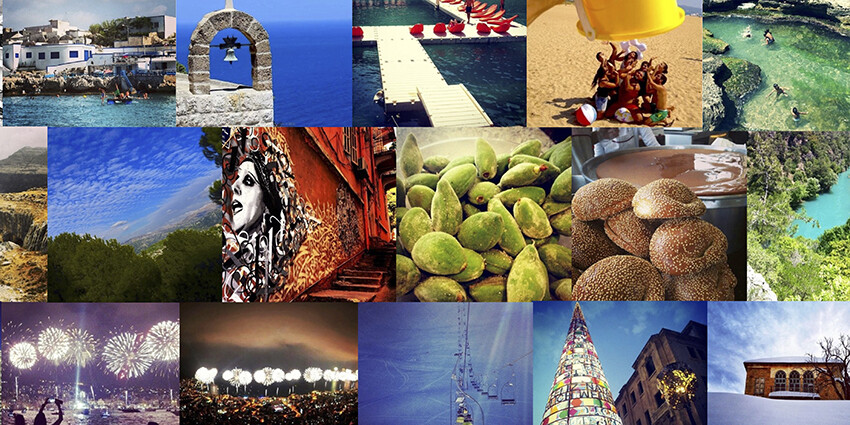 It’s not unusual for revolutions to be represented by images of protest, unrest and volatility. But what if we could reclaim that definition? Revolutions can be as fiercely inspiring when they’re quiet.

Live Love Beirut is exactly that: a soft revolution that’s flipped Beirut’s reputation of hostility from 2012 on its head, redefining the idea of revolution in the process. The idea was simple: find, celebrate and encourage the every-day-beauty in Lebanon—and source it straight from the people. And, to sweeten the deal, come up with an easy, empowering way to raise money to funnel back into local projects. So, Youmna Chamcham and Eddy Bitar designed an Instagram campaign with 3 rules:

Have the courage to say “I believe in you,” even in the toughest situations. Create hope, at any level, no matter how small that glimpse of hope is.“ —Youmna Chamcham

Born out of a sense of despair about the public perception of their country, Youmna and Eddy sought to create hope for themselves, those they love, and the city they love. They were not alone. The idea that sparked a movement exploded into a global campaign, boasting 7.3M likes, 120K images, 120K followers (and counting!) with adoptions in other cities in Jordan, Venezuela and the United States. Last year, the Lebanese Ministry of Tourism launched Live Love Lebanon as their official tourism campaign, increasing tourism by 21%. They’ve even been courted by brands from Renault to Redbull. Now, Live Love is expanding their efforts offline to bolster the communities of which they’re a part. Still using Instagram to spur action, they are posting calls to action for direct involvement. Recently, they sought volunteers for environmental clean-up and had 180 individuals sign up within the hour.