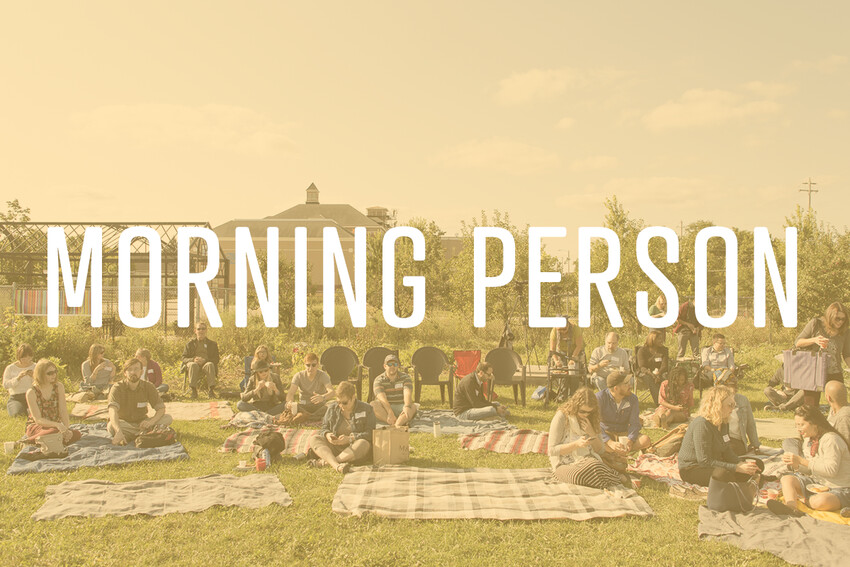 Someone did a 30-Second Pitch at our first event. Many lined up to talked with her afterward. She left her 9-to-5 and set out on her own to do work that helps creatives. One of the people that approached her that day, years later, became her first employee, and another later became her significant other. Others became clients. I’m amazed to see a whole ecosystem bloom in her wake.

Describe the work that you do and the impact you’re trying to make.

I view everything I do as training to be an aesthetic conductor of an orchestra of the senses. The end goals are always the same: Fascination. Shared joy and awe. Empathic connection to others.

What’s your daily routine, and how does that connect to your creative work?

I don’t have a routine. At certain times, my brain is in gear to think big picture, or to reach out to colleagues, or to grind out work. I work where my energy is. I pause when I need to. My daily work skips through many modalities. Mostly UI/UX, but some brand, illustration, and art direction for photo and video. I’m not a ‘finisher,’ so variety helps. I rotate projects to keep them feeling fresh when I return.

If you could open a door and go anywhere, where would you go and why?

Rome. The city is a hot mash of ancient and cosmopolitan. Everywhere you look, there’s ancient art, crumbling ruins, gelato and Versace stores. I admire the well-heeled Roman womens’ ease navigating the cobbled walkways and piazzas. All buildings, even gas stations, are coated in climbing, flowering plants, which makes the city feel alive. Rome cares about parks and green spaces – huge swaths of the city are devoted to them. I love their relationship to dogs, which are welcome in most shops and public transport. I love dog watching and people watching during the evening paseggiata, the traditional stroll where everyone dresses up in order to see and be seen, window shop, catch up with old friends and make impromptu dinner plans.

How do you recharge after a long week?

As an introvert, I crave time to be alone in my own head. I walk. Thoreau was right: walking is a self-reflective act. It has less to do with being away from people though. Thoreau valued nature, but I value the act of moving forward through space while letting your mind wander. It’s possible to be alone in a crowd.

If you had to carry one book around for the rest of your life, which one would you choose? Why?

Transitions: Making Sense of Life’s Changes By William Bridges. It has a lackluster cover (I’d love to redesign it), but the content is gold. We mourn endings and celebrate beginnings, but the book reminds us that both occasions can run a whole gamut of emotions. It encourages reverence for the awkward middle ground, where you’re in transition. Fun fact: When Bridges travels, he looks for his book in used bookstores, but hasn’t found any. Everyone who buys it knows they will return to it again.

I study French while I eat breakfast. <