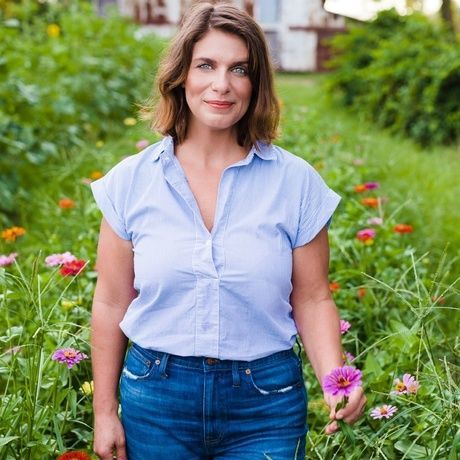 Vivian Howard is an author, chef, restaurant owner, storyteller, and host of the PBS show, “A Chef’s Life.” Her New York Times bestseller, “Deep Run Roots: Stories & Recipes from My Corner of the South,” is a landmark work of American food writing, as much a storybook as it is a cookbook, imparting the true tale of Eastern North Carolina food. Vivian and her restaurants — Chef & the Farmer, Boiler Room Oyster Bar and Benny’s Big Time Pizzeria — have racked up numerous accolades, including her selection as a five-time James Beard semifinalist for Best Chef: Southeast. This year she launched her newest concept, Handy & Hot, an online limited-release bakeshop. “A Chef’s Life,” the five-season documentary television series celebrating Eastern North Carolina food traditions, has taken home a Daytime Emmy, Peabody award, and James Beard award for Outstanding Personality/Host. The series is segueing into a new series, “South by Somewhere,“ which will tell stories of the American South in the context of global food traditions.

We think of roots as where we come from... but really roots are the things that connect us to something that then fills us up and makes us our best selves. — Vivian Howard