Learn the fundamentals of mixology by making two cocktails in this hands-on FieldTrip. I will demonstrate step-by-step how to make a proper Old Fashioned and a Gold Rush cocktail. Participants can follow along or take notes for later!

About your Host
Eron moved to Louisville in 2006. At the time he didn’t know what a cocktail was, and much less about cocktail bars, but the ethos of Louisville’s local restaurant culture drew him in. Eron began his industry career in 2011 and has worked and managed at some of the country’s top bars, including MEAT (39th Best Bar in the World; Drinks International World Best 50 Bars 2012), the prestigious 5-diamond Oakroom at The Seelbach Hotel, 8Up Elevated Drinkery & Kitchen, and Meta (Top 10 Best Bars in Louisville; Thrillist Magazine). In 2016 he began working for Copper & Kings, and in 2018 became the Beverage Director and bar manager at ALEX&NDER, which was among Garden & Gun’s 2019 Best New Bars of the South. Eron specializes in cocktail education including mixology classes, spirits seminars, bartender development, writing bar curriculum, menu design, and bar management. He’s participated in other projects including serving as the Course Director for The Ideal Bartender School at Copper & Kings, MESA: A Collaborative Kitchen, The Food Literacy Project, The Mocktail Project, The James Beard Foundation Taste America Louisville, member of The USBG, and other local industry events. He has published cocktail recipes for some of the top beverage publications in American such as StarChefs.com, Imbibe, Liquor.com, Forbes.com, Garden & Gun, & PUNCH magazine. Locally Eron has published interviews & recipes for Louisville Magazine and Louisville SWIG magazine. He has appeared on on dozens of interviews and/or demonstrations on local television shows such as Secrets of Louisville Chefs, Great Day Live, and WDRB in the Morning. In 2019, Eron was a published as a contributing author for the book Mr. Big Stuff: A Simple How-To on Draft Cocktails, Batching, Punch And Other Money Saving Ideas for Your Bar. In 2019 Eron was awarded “Louisville’s Best Bartender” by The LEO Weekly Reader’s Choice survey.

About your Host
I am a bar manager who specializes in cocktail education and bartender training. I was the 3-year course director for The Ideal Bartender School at Copper & Kings Distilery. The Ideal Bartender School is a 15-wk immersive bartender training course that teaches the fundamentals of bartending/mixology, spirits education, & the beverage industry as a whole. 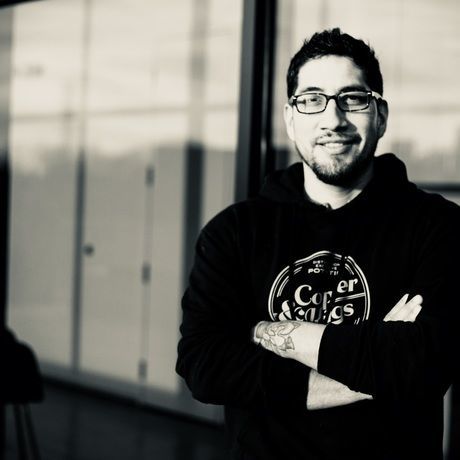