Vexta speaks on the theme “Chaos” 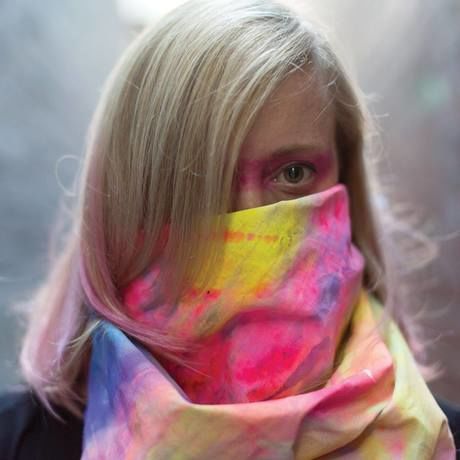 Vexta is a self-taught artist from Sydney, Australia. She started out being part of the illegal street art movement in Sydney and Melbourne in the mid 2000’s and has become one of Australia’s most popular and renowned artists working within both urban environments and gallery spaces.

Her bold and extravagant artworks have invaded our visual landscape from Melbourne to Mexico to India and everywhere in between, from large-scale murals to gallery exhibitions, she is a nomad of our modern times.

She has exhibited extensively across Australia, Europe and North America, including The National Gallery of Australia and the Saatchi Gallery London. Vexta’s work is held in numerous public, academic and private collections globally.

Vexta was one of the few street artists around the world to be personally invited by Banksy the world’s most infamous street artist, to participate in the “Cans Festival”, an all-stencil underground event.

She has also collaborated with global brands such as Converse, Fabergé, Volcom, Juxtapoz, Adobe & Samsung.

Viewing the world through her psychedelic kaleidoscope, Vexta reinterprets the sacred elements within cosmology, mythology, life/death and the feminine, navigating these themes through the common threads that bind our experiences. Through her work she explores the interconnectedness of all living things by juxtaposing animals and human forms amid her symbolic, geometric shapes, she provides an insight into our fundamental engagement with the human condition.

Her recent practice has grown to include soundscapes, animated projections and installations.