Alone in America, Vansana Nolintha cooked Laotian food as a way to find peace and comfort.

At the age of 12, Vansana Nolintha was sent by his parents to live with a family friend in North Carolina, leaving his family and home in Laos behind. He was sent to learn English, with his sister joining him a few years later. For them, cooking Laotian food was a unifying act, helping them find peace and comfort in a foreign land.

The brother-sister team decided to open a Laotian restaurant in Moore Square, North Carolina, with the help of the local community who has risen around the Nolinthas to help them make their dreams possible. Vansana tells their story along with his constant quest for peace and hopes to bring his parents to America to join them. 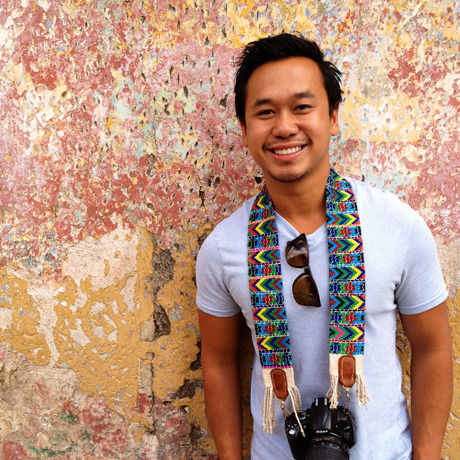 Vansana Nolintha and his sister Vanvisa are co-owners of Bida Manda Laotian Restaurant and Bar in downtown Raleigh. Native to the UNESCO’s World Heritage city of Luang Prabang in Laos, Van migrated alone to North Carolina at the age of 12 with the intention to learn English and return home immediately after his high school graduation.

Van’s path to becoming a successful restauranteur at one of Raleigh’s most vibrant restaurants was anything but straightforward. He studied Chemistry, Art and Design, and World Religious Studies at NC State University with the hope to become either a physician, a photographer, or a clothing designer. After many international service-learning experiences in more than 30 countries, Van switched his path entirely and went to Trinity College Dublin to study International Peace and Conflict Resolution concentrating in community building and nonviolent movements.

At the age of 25, Van returned to Raleigh in 2010 at the peak of the financial crisis and took another dramatic turn by opening one of the first Laotian Restaurants in the country in the controversial Moore Square District of downtown Raleigh.

That ability to be just enough in the present moment is exactly what minimalism is. — Vansana Nolintha