Action at 4000 meters above the ground. 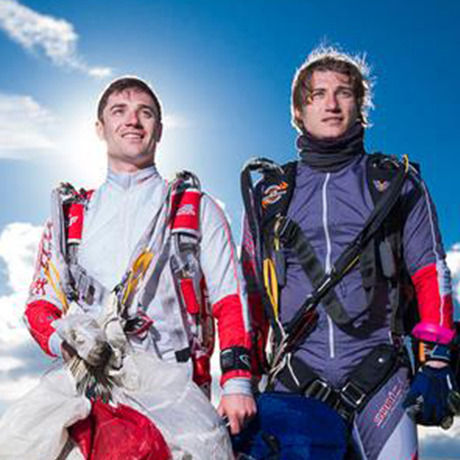 Skydivind has been a part of Dragoș and Bogdan Boeru’s life since they were little. At ages 7 and 8, they used to fly together with their father, a military skydiver, to watch him jump. As soon as they reached the legal age, they got their skydiving licence at Aeroclubul României, and had their first jump in 2002. After observing the way this sport is practiced in other countries, in 2010, they founded TNT Brothers. Their goal was to promote skydiving and to change the way it’s perceived in Romania.

In only five years, TNT Brothers has become the most important and modern private skydiving center in Central and South-Eastern Europe, attracting both seasoned and amateur skydivers from over 30 countries. In addition, TNT Brothers organizes Dynamite Days, now one of the best skydiving festivals in the world.