My Studio is My Playroom

From Painting turnips to making art with impoverished Thai kids, Tanja Jade aka Misery talks about her art practice and work abroad. 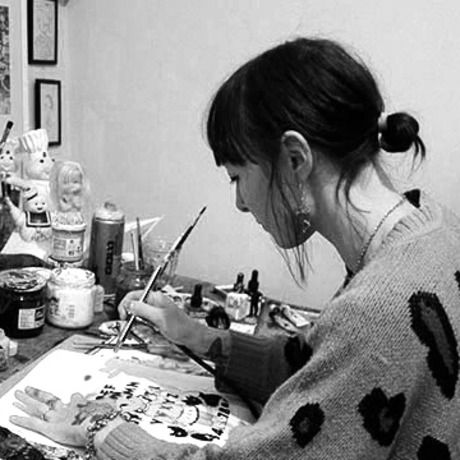 Born Tanja Jade Thompson in Maryborough, Australia in 1982. Her formative years were spent taunting crocodiles, avoiding giant falling mangoes and committing the characters that inhabited her daydreams and nightmares to paper. By the age of seven she was cleaning up the competition at the annual Bracken Ridge Primary School paint off and could draw a Wildebeest in five seconds flat.

Tanja decided that education was important and enrolled in Auckland Metropolitan College, a school where the emphasis was directed towards arts and where her natural talent was cultivated further. Here her love of art was nurtured and she was gifted the name ‘Misery’ by fellow artist Askew. Soon her distinctive characters were gracing the streets of Auckland and gallery walls around the country.

Hosted by The Biz Dojo