Chad Littlefield The Fantasy of Collaboration 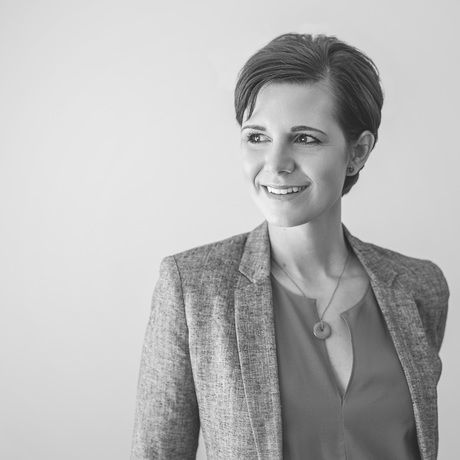 Tammy Myers is an art director, photographer, breast cancer survivor, and founder of the Forgotten Fighters movement. On February 16, 2015, Tammy was diagnosed with breast cancer at just 33 years old, with no family history of the disease. With her advertising background and a passion for cause-based work, she turned her cancer diagnosis into a project that brings hope and inspiration to others. Just one week after her diagnosis, Tammy launched the blog, My Personal Pink Time, where she crosses barriers and opens herself up to be vulnerable for a greater good by sharing the side of cancer that most people do everything in their power to hide. Tammy’s followers include fellow cancer patients, caregivers, and even medical professionals who credit Tammy for putting into words their feelings they couldn’t express. Her medical team has thanked her for helping them to better understand what their patients are going through.

Tammy offers a rare glimpse into what a young woman actually faces when diagnosed with breast cancer, through both intimate blog posts and telling photos. She went one step further to bring her vision for the Forgotten Fighters movement to life, raising breast cancer awareness and pushing for early detection measures in younger women. In the words of Dr. Tammy Kruezer, the diagnostic radiologist who diagnosed Tammy, “We all knew there was something special about Tammy the moment we met on the biopsy table. She is a remarkable young woman and she is the perfect person to get this message out there by fighting for young women like herself, who are being diagnosed young everyday."

With 14 surgeries, chemotherapy, and radiation treatments behind her, Tammy is optimistic that she is right where she needs to be and is certain that she is doing exactly what she was always meant to do. She notes that "cancer is not a battle that you get through and put behind you, but rather something you learn from, feel, fear, and carry for the rest of your life. For her, cancer was not just a wake-up call, but also a turning point.

Over the past year, Tammy has become a face for breast cancer among young people in West Michigan. Her story was featured on the national Susan G. Komen website and in Spectrum Health’s "Taking Cancer Personally Campaign.” She was honored as the 2016 "Be Brave 5K’s” Featured Fighter recipient, spoke at the 2016 Betty Ford “Candid Conversations” event, and was the guest speaker at the 2016 West Michigan Women’s "Wine and Wig” event. Her documentary, My Personal Pink Time, produced by Bluepic Studios, took home a 2016 Eclipse Award in the Best Documentary category, as well as First Place In the Best Documentary category at the 2017 Kalamazoo Film Festival. Most recently, Tammy was awarded two gold American Advertising Federation awards—as well as Judge’s Choice—at the West Michigan Addy Awards, and will go on to compete at a regional level.

Hosted by The Goei Center