part of a series on Surreal 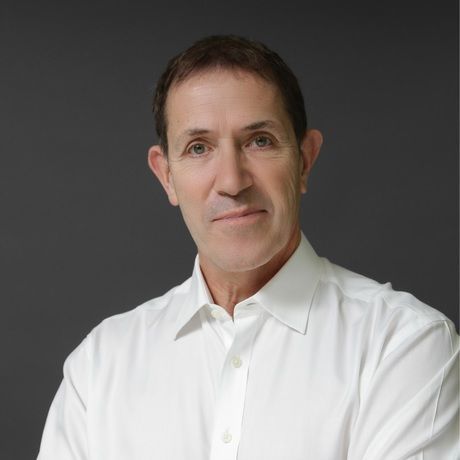 Michael Pink is the longest serving artistic director in Milwaukee Ballet history. Since joining the Company in December of 2002, he has established himself as a prominent member of the Milwaukee arts community, demonstrating his commitment to the future of dance through new work, education and collaboration.

His artistic vision for Milwaukee Ballet continues to be exciting and challenging. His long-awaited production of Peter Pan signified a major landmark in the Company’s history and was broadcast nationally by PBS in spring of 2014. His production of Romeo and Juliet has also been broadcast by MPBS. In 2008, the Wisconsin Dance Council presented Pink with the Choreography/Performance Award. In 2014, the Milwaukee Press Club honored him with the Headliner Award for service to the arts. He received the Civic Music Association’s award for Distinguished Citizen - Professional in the Arts in 2015.

His early choreographic work won him first place in the Fredrick Ashton and the Royal Society of Arts Choreographic Competitions. He has worked as répétiteur for Rudolf Nureyev at the Paris Opera and La Scala Milan. He trained as a classical dancer at The Royal Ballet School and danced with English National Ballet 1975 to 1985.

Pink was the founding director of Ballet Central in London, he also served as associate artistic director of the Northern Ballet Theatre.

He continues to build strong working relationships with other Milwaukee Arts groups, where his credits include A Christmas Carol, Assassins, Cabaret and Next to Normal for Milwaukee Repertory Theater, as well as Chitty Chitty Bang Bang and Matilda for First Stage.

The Marcus Center for the Performing Arts offers the best of cultural and community programming. We are home to the finest performing artists in Wisconsin, including the Milwaukee Symphony Orchestra, Milwaukee Ballet Company, Florentine Opera Company, First Stage and Milwaukee Youth Symphony Orchestra plus host of the annual Dr. Martin Luther King, Jr. Birthday Celebration. The Marcus Center is located in the center of the Milwaukee’s downtown theater district at 929 N. Water Street and is a 501© 3 non-profit corporation that operates the Center for the Citizens of Milwaukee County.

Milwaukee Ballet was founded in 1970 with a dream to create a local place where professional dancers could excel. As the Company grew and took new forms under new artistic directors, one factor remained constant: the desire to make a name for the art form and for Milwaukee. Our mission is to create a rich and diverse community through its inspiring dance performances, education, and community engagement.

Exceptional service and culinary perfection blend seamlessly together at the hands of Sazama’s Fine Catering staff. Sazama’s serves as the exclusive caterer of the Marcus Center for the Performing Arts, planning elegant events from the first course through the delicious finale with the utmost in polish and finesse. Dazzle your guests in this stunning venue with the flawless service and expertly-executed details so many other brides have enjoyed with Sazama’s, just recently voted The Knot’s “Best of Weddings – 2018.”

Join us the longest serving artistic director of the Milwaukee Ballet, Michael Pink, talks on the first theme of 2019: SURREAL. The event will be hosted at the Marcus Center for the Performing Arts on January 25th.