It’s all about finding the right focus 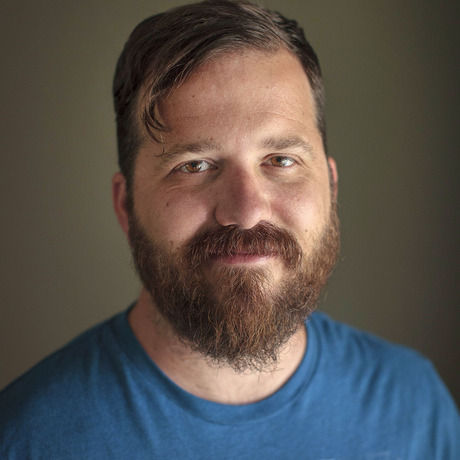 Steve Hebert knows what it means to be in the middle of the action. As a freelance photojournalist, he spent years covering the conflicts in Iraq and Afghanistan for publications like the Fayetteville Observer, Newsweek, US News & World Report and Time. Two years ago, he turned his lens to the fast food workers here in Kansas City to film their first strike. Moved by the daily struggles and determination of the workers in the Stand Up KC organization, he’s been following their story ever since. And then some.

Hebert spent the last year mentoring a group of these fast food workers in photography, training them to use mobile-phone cameras to document their lives. The resulting images were curated into an exhibition, “I Too, Am America,” and displayed on International Workers’ Day at the Talk Shop Gallery in Kansas City. The show was an immediate hit, garnering global attention for its unique first-person accounts and inside look at working and living on a poverty-level wage.

Hebert is currently working on a feature-length documentary film that follows the fight of local fast-food workers for “$15 and a Union,” which would raise their minimum wage to $15 an hour and protect their rights.

Steve Hebert is a photojournalist and filmmaker based in Kansas City.  A newspaper photojournalist for 20 years, Hebert has covered stories across the country and around the world for various news organizations, including The New York Times, Los Angeles Times, The Wall Street Journal and many others. His photographs have been published on the covers of Newsweek, US News & World Report and Time magazine. Hebert spent years covering conflicts overseas. These days, he covers stories across the midwest for a range of news services, including The New York Times, and produces video content for commercial clients.