To be a human and be part of humanitas means to be human, humble.

“Humility crosses the spiritual dimension and embraces the cultural one. It is not said that “Humility” is a quality you are born with or have it in your family background. You can also learn to be humble.”

The Albanian language takes on the word “humility” and deviating from its phonetic (etymological) origin from Latin veering away from the metaphor to produce a rather vertical and unequivocal meaning: humbleness or submissiveness. Unfortunately, we find that its frequency of use in both the literary and spoken Albania is law, although the word itself derives from the same common root of the word ‘humanity’ (Humanitas).“ 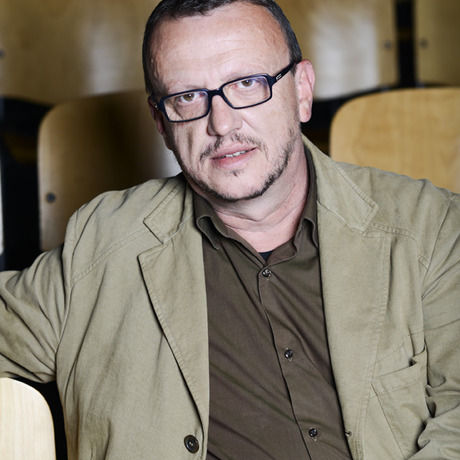 Stefan Çapaliku was born in Shkodra, in 1965. He majored in Albanian language and literature at the University of Tirana in 1988, followed by further studies in Italy, Czech Republic and England. In 1996 he completed his Ph.D. at the University of Tirana. From 1993 until 1998 he has been the head of Literature Department at the University of Shkodra. From 1998 to 2005 he was responsible for the entire books section in the Ministry of Culture, in the position of the Director of Book Policy. Since 2005 he has been working as a researcher at the Centre of Albanian Studies and professor of Aesthetics at the University of Arts in Tirana.
His plays have been performed in several international theatre festivals, where national and international prizes have been awarded to him.
Parts of his works in poetry, prose drama and essays are translated in English, German, French, Italian, Rumanian, Polish, Bulgarian, Serbian, Macedonian and Turkish. At the moment, he is a Europa Prize of Theater nominee for the New Theater realities. He also is theater and film director.