Stephen Kertis The Ethics of Storytelling 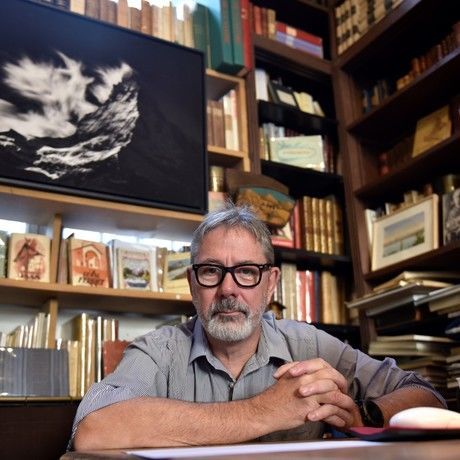 Simon is a Hong Kong based businessman and award winning author. Co-founder of illumination Physics a prolific company that specialises in illuminating tall buildings, risk is a feature of his life, part of his DNA.

Death is a topic often visited when he was younger because of his passion for extreme alpinism.

As a teenager he became addicted to mountaineering and caving. Introduced to the mountains by his father in Scotland Simon spent every weekend as a school boy climbing all over the UK under the influence of some of Britain’s leading climbers.

As the sorcerer’s apprentice to Dave Wilkinson in 1977, Simon reached a paradigm shift, the highest level of alpine climbing. A chance meeting in Chamonix with an American climber, Jack Roberts, was to change their lives forever.

The pair were evenly matched in skill and boldness.

Alaska was to be the venue for their two greatest death defying climbs. Pioneers then of the self- sufficient and utterly committing ‘alpine style’, they would attack two unclimbed faces in the Denali range and succeed in making two landmark first ascents that remain unrepeated to this day.

The first was the north face of Mount Huntington in 1978, a climb so dangerous, so exposed to avalanches, that despite its legendary status, no attempt has been made to make a second ascent.

Simon and Jack become acquainted with brushes with death several times on that climb, which became a ten day round trip, started with four days food. Their survival is now generally regarded and the less likely outcome.

In the winter of 1979, Simon made an ascent of the north face of the Eiger.

In 1980 jack and Simon decided to double the odds and attempt the first ascent of the south east face of Denali, if they succeed it will be the hardest way up the tallest face in the world. Success was the only option for if they cannot climb it they also cannot retreat.

At terrible cost they did climb the face but in the aftermath, things will never be the same again.

Death had been cheated again but Simon would give up climbing and lost touch with Jack in 1982.

Believing that his friend would surely be killed if he continued climbing in this vein (they were part of a generation that nearly climbed itself into extinction), 32 years of regret and separation pass,