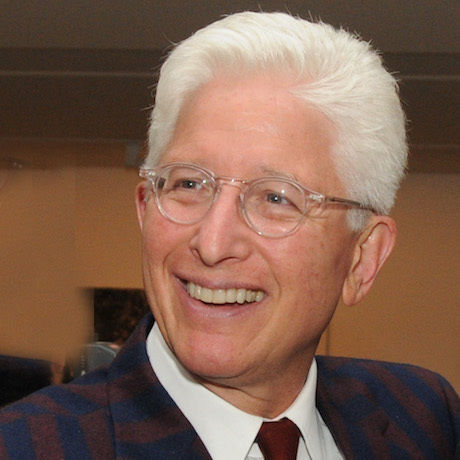 James S. Snyder became International President for the Israel Museum’s worldwide activities and Director Emeritus in January 2017. In this newly created role, Snyder is spearheading the ongoing development of the Museum’s extensive international network of Friends organizations, continuing to build the Museum’s relationships with sister institutions and collectors worldwide, and supporting the Museum’s leadership in strategic planning, professional staff development, and program planning.

Snyder joined the Museum as the Anne and Jerome Fisher Director in 1997, leading it through the most dramatic growth since its founding and strengthening its stature as one of the world’s foremost museums. During his tenure, Snyder advanced the Museum’s international presence with an ambitious series of important loan exhibitions in Jerusalem and traveling exhibitions worldwide; expanded its encyclopedic holdings across all of its collecting areas; and developed its International Friends network to include 16 countries worldwide. During his tenure, annual Museum attendance increased to nearly one million visitors, from 400,000 ten years ago; and the Museum’s endowment grew more than fivefold to $200 million. Snyder also spearheaded a series of architectural upgrades and enhancements to the Museum, culminating in 2010 with a comprehensive $100-million expansion and renewal, designed by James Carpenter Design Associates and Efrat-Kowalsky Architects to resonate with the Museum’s original architectural plan and to unify the visitor experience throughout its 20-acre campus.

Prior to his appointment at the Israel Museum, Snyder held a number of positions at The Museum of Modern Art, New York, and served as Deputy Director from 1986 to 1996. Snyder is a graduate of Harvard University and a Loeb Fellow of Harvard’s Graduate School of Design, and he holds an Honorary Doctorate of Humane Letters from Hebrew Union College. His publications include: Museum Design: Planning and Building for Art (Oxford University Press) in 1993; and RENEWED: The Israel Museum Campus Renewal Project (Israel Museum) in 2011 and 2015 (revised).