Ryan Stec speaks on how he turned the CN tower into a one night only light and music exhibit for the whole city to see. 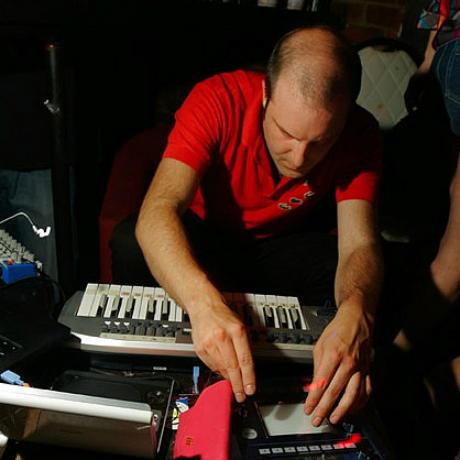 Ryan Stec is a media artist working in documentary, experimental and live forms. His projects have been presented in art galleries, cinematheques, public parks, underground clubs and major music festivals across Canada and internationally in Brazil, Finland, U.K. and the United States. Highlights from his projects include a commission by the New Forms Festival (Vancouver), in collaboration with the NFB, to remix work from Norman McLaren; a commission from SAW Video and Library and Archives Canada to engage with historical media works in the public domain; a two year stint as the resident VJ for the Ottawa’s (now Toronto’s) Jokers of the Scene, and the incredible experience of being the first artist to access the CN Tower LED lighting system for a 2009 Nuit Blanche project.

Stec is also the Artistic Director of Artengine, a creative technology center here in the capital. Since 2005, Stec has developed innovative programming for the center which compliments its unique place at the nexus of art and innovative. Serving as a resource for the Ottawa cultural community, Artengine also pushes the boundaries of presentation with projects like Superfan, which installed new works of art about sport in bars along the Sens Mile, and Nite Ride, a site specific sound installation for personal car stereos. Since 2008, Stec and the Artengine team have been responsible for Electric Fields, a festival of electronic art and sound. Now in its fourth edition under Artengine, the festival continues to expand audience experiences and the push the playful side of technology.

Now undertaking a Masters in Architecture at the Azrieli School of Architecture and Urbanism, Stec is working to bring together his creative engagement with the city, through Artengine’s and Electric Fields, and his academic research on the role of temporary architecture in redefining social patterns in the city.