Roisin Murphy tackles the theme of ‘End’ and meditates on transformation in Dublin’s architectural and design heritage through periods of economic boom and bust. 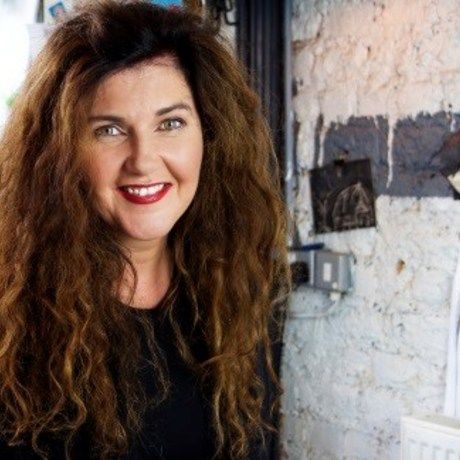 A veteran of the design world having earned her stripes in the trenches of Dublin in the nineties as it emerged from the tight grip of poverty and architectural desolation into a new economic and cultural era.

She developed a highly successful practice and profile establishing herself as designer architect and lecturer. Winning numerous awards for retail design, interior design and architecture. She was the lead interior designer that fashioned and established Brown Thomas into its current location and was amongst the first wave of young designers and architects who didn’t emigrate that went instead to formulate and populate the many iconic shops, homes, bars and clubs in Dublin. Including Brown Thomas, Costume designer clothes shop, Renards nightclub, America on line call centre and the original Optica. She won the ICAD silver bell for retail design and the best housing development for Millers weir in Athgarvan. Her work had featured in image interiors and the RIAI magazine. She was exhibited in open house Galway as well as the annual RIAI exhibition. Her housing designs were included in an RIAI touring exhibition for appropriate rural housing development. Her work still is included in the Cork Rural design guide as a go to guide for how to build in the countryside. She spearheaded the refurbishment of Homefarm soccer club during a savage recession and won the competition for the craft council of Irelands iconic jewellery stand forming for the annual showcase exhibition, she also won the prestigious commission from the British Tourist Authority to design their head offices and shop on London’s Regent street beating off Conran and associates as well as other established international practices. Her work has featured in image interiors as well as the la times and numerous editorials in the Irish times and the papers in Ireland.

As Dublin and Ireland was emerging into a more visually exciting world so too was the national broadcaster responding and she became one of a new kind of presenter on a new wave of television programmes focused on design for RTE.
At the same time she was elected interior rep for the IDI and lectured in DIT college of marketing and design. But come the millennium Roisin retired her architecture and interior design practice in lieu of a burgeoning art studio for the last decade, exhibiting in the sculpture in context and the national botanic gardens, her work has been purchased by the OPW and in numerous private collections. She spent a year doing sculpture and art in Whitehall college learning how to make porcelain and wood carve expanding her material knowledge again. Where she also won the inter schools prize for painting. This study prompted a love of craft and artisan crafts. And a deeper understanding and appreciation for craft based studios.

Last year she returned to our screens to RTE to present a new design series focused on interiors and clutter in Desperate houses.