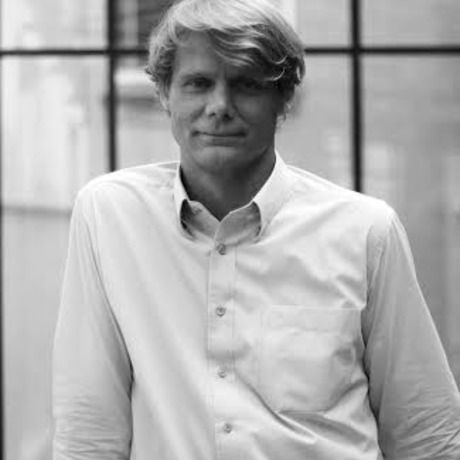 Roel Rijssenbeek was born in Brussels in 1976.

Both art and the city have always drawn his curiosity, be it seperately or taken together. He began studying sociology at the University of Rotterdam but very soon realized that he was missing the artistic dimension. He then continued his studies with theater directing at the l’Institut National Supérieur des Arts du Spectacle (INSAS).

After various experiences in several theater and dance productions, his interest in urban space was triggered again, and he worked as Chief of Staff in Ixelles. In this role, he implemented various cultural initiatives for the area.

Since January 2015, he is responsible for the artistic direction and organization of Brussels Design September. The event draws a perfect link between art and the city.

Brussels Design September has become the meeting place for designers, architects and design enthusiasts. It encompasses over 100 cultural and commercial events in Brussels and gathers activities such as exhibitions, conferences, Arts & Crafts routes, the Commerce Design Brussels or the Brussels Design Market.

As its 10th anniversary, this edition will be unique and festive, and also has a great ambition: that design is part of our daily lives in the same way as Design September 2015 will be part of the daily life of the residents of Brussels!

At CreativeMornings Brussels, Roel will share his thoughts on the role, past, present and future, of Brussels Design September for the design community, as well as for the Brussels community more broadly.

The urban design revitalizes through public spaces in unusual places, cultural institutions and intimate places in Brussels. Over 200 designers and architects.

Muntpunt is a place for books , meetings and information about Brussels.