Robert Vanderslice, artist and award winning custom car painter, takes us through his personal journey and the process of bringing a lowrider to life through paint. 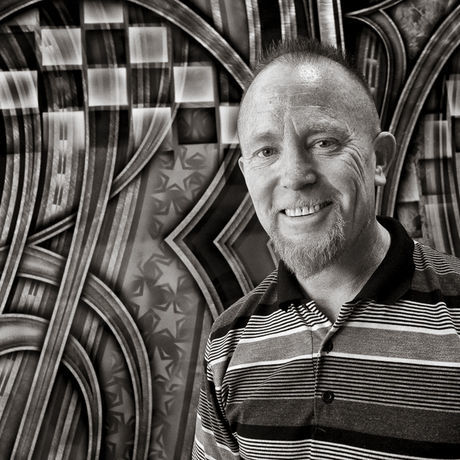 Robert Vanderslice is a native New Mexican. Painting cars since he was seven, he is now an award-winning sought after artist who tricks out each unique moving piece of art with his recognizable style. Awards include 2002 Lowrider of the Year, Euro Lowrider of the year “Casanova” (1996 Nissan 300ZX) and 2004 Lowrider of the Year “Rollin Malo” (1978 Monte Carlo).

His 1983 Monte Carlo can be seen in the New Mexico History Museum and Palace of the Governors 2016 exhibit, Lowriders, Hoppers and Hotrods: Car Culture of Northern New Mexico. The exhibit celebrates the heritage of lowriders in New Mexico with over 30 photographers and oral histories of lowriders, painters, shop owners and more.