How can we cultivate readiness for the unexpected good?

I’d like to talk about accidentally succeeding. Or failing the right way. Or, as Buzz Lightyear might call it, “falling with style.” The idea is cultivating readiness for the unexpected good, be it professional, personal or a mix of both. Using the tumultuous past year of my professional life, which started with a viral Facebook post and ended with me being published in the New York Times twice in the one week–with a layoff and a wedding thrown in the middle–I’ll detail the ways that serendipity, preparedness (or lack thereof) and abject terror have propelled me and ponder the degree to which we can control our own luck. 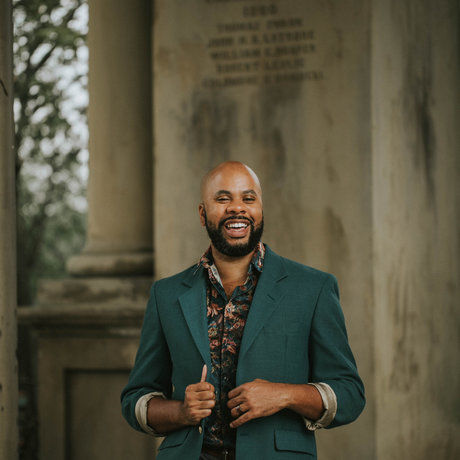 R. Eric Thomas is an award-winning playwright, humorist and the long-running host of The Moth in Philadelphia. He writes a daily humor column for Elle.com in which he “reads” the news. In addition to ELLE.com and ELLE magazine, his writing has appeared in the New York Times, Man Repeller, Philadelphia Inquirer, Philadelphia Magazine and more. His most recent play, Time Is On Our Side, was the recipient of two Barrymore Awards including Best New Play and was named a finalist for the Harold and Mimi Steinberg American Theatre Critics Association New Play Award. rericthomas.com