When I think about identity, I picture a pie-chart in my head and each part makes up who we are

Phil Adams is a brand consultant at I Know Some People Ltd and our first ever virtual event speaker. In his talk Phil examined IDENTITY as the ideas of traits with which a person or brand is known to be associated. Making us think ‘how do we make strategic decisions about the ideas that we want to be associated with?’ and ‘What happens when we wholeheartedly commit to those choices? Phil also spoke to us about Ikigai (生き甲斐) which is a Japanese concept that means “a reason for being” 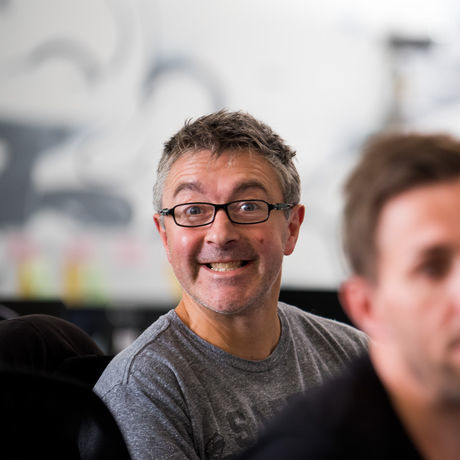 Phil Adams is a brand consultant at I Know Some People Ltd, the company he founded as a vehicle for his new(ish) freelance career. His previous thirty one years of (more secure) employment were spent in agencies - advertising agencies and digital marketing agencies - where he helped to devise strategies and campaigns for brands like Tennent’s Lager, IRN-BRU, Cadbury’s Dairy Milk, Royal Mail, Honda, Grolsch, and Standard Life.

Outside of work, he is non-exec Chair of Puppet Animation Scotland, a Creative Scotland regularly funded organisation that nurtures artists and promotes subversive storytelling art forms. He is also co-founder and Executive Producer at All Hands On, a not for profit production company making documentary films about innovations in direct democracy. The company’s first film was about the Citizens’ Assembly that was a precursor to the historic referendum to liberalise Ireland’s abortion laws. All Hands On has also produced two commissions for Extinction Rebellion. It is currently in post production on a film shot in Athens during the European Parliament elections last May.

Phil’s talk examines IDENTITY as the ideas or traits with which a person or brand is known to be associated. How do we make strategic decisions about the ideas that we want to be associated with? And what happens when we wholeheartedly commit to those choices?

If you are very lucky, you can operate at the centre of passion, mission, profession and vocation and that is a state of Ikigai — Phil Adams