Pepe tells us a little of his background and what makes him tick. Included: a brief history of his company “Joe Public” 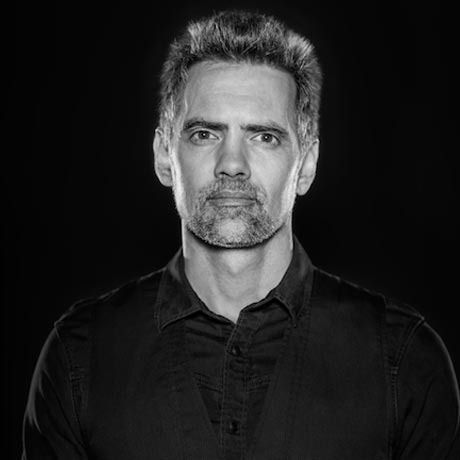 Pepe walked into the offices of Tholet Sievers & Associates at the end of 1991 armed with a Graphic Design diploma from a small school in Cape Town and a pun-filled portfolio, which resulted in instant employment. Seven years later, he partnered with Gareth Leck to open the doors to their own advertising agency, Joe Public.

During its first year of business Joe Public won Financial Mail’s coveted Emerging Agency Award and was nominated as one of SA’s most promising companies to watch in its second year. In their third year of business the duo went on to sell their Take-Away Advertising concept to DraftFCB America.

In 2009, Pepe and Gareth purchased back Joe Public from DraftFCB to once again become a 100% proudly South African entity.

In 2013, Pepe was selected by Financial Mail as Agency Leader of the Year. He lives for creativity that deeply connects with people and currently sits on the Executive Committee of the Creative Circle, is a closet Afrikaans rocker and a humanitarian at heart. To this end he founded Joe Public’s CSR programme, One School at a Time in 2007, an organisation with the single-minded purpose of creating an educational system that is a shining example to the world.

Marais sees this initiative as an opportunity to add to the growth of South Africa, coinciding with Joe Public’s vision of Growthn: growth of its clients, its people, its brand and the country.

An idea will never, ever, ever work unless you act on it. — Pepe Marais