Dr. Patrick Beeson speaks on his thoughts of the importance of making “smarter” robots, instead of just programming actions. 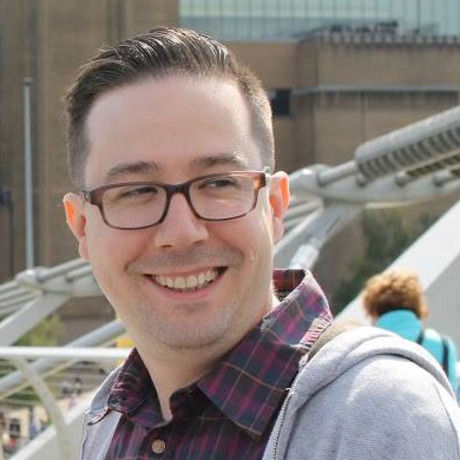 Patrick Beeson realized in elementary school that he had a passion for creating computer programs. This passion eventually led him to obtaining a Bachelor’s Degree in Computer Science as a Dean’s Honor Scholar at Tulane University. He followed up this degree with a PhD in Computer Science from the University of Texas at Austin, where his research focused on cognitively-inspired robot perception and reasoning for navigation. Prior to moving to Houston, Dr. Beeson was a faculty member at the University of Texas at Austin, where he taught an undergraduate robotics course and oversaw an undergraduate robotics research stream for the UT-Austin Freshmen Research Initiative. Today, Dr. Beeson is a Senior Scientist at TRACLabs Inc., a small AI and robotics research company in the Clear Lake area.

In addition to robot navigation, Dr. Beeson’s research publications deal with developmental learning for robotics, anchoring symbolic knowledge to sensor streams, and human-robot interaction. In addition to researching robotic software, he has also worked on a variety of robotic hardware platforms. He was the lead software engineer and lead programmer for the Austin Robot Technology autonomous vehicle, which competed in the semifinals of the 2007 DARPA Urban Challenge. More recently he was the integration lead and the software lead for TRACLabs’ 4th place team in the 2012 DARPA Virtual Robotics Challenge and the 6th place team in the DARPA Robotics Challenge 2013 Trials. He has worked on many complex integrated robot systems, including bipedal humanoid robots, small indoor mobile robots, human-assisting wheelchair robots, and urban-driving autonomous vehicles. Currently, he is working on deployable systems for leader-following, gesture recognition, and terrain classification in both daytime and nighttime operations and for intelligent and efficient usage of human tools by manipulation robots, including the R2 humanoid on the International Space Station.