Own Your Content: Ask Me Anything with Jeffrey Zeldman

Join us for an ‘Ask My Anything’ Conversation with Jeffrey Zeldman. Come with a curious mind and your questions ready!

This event is part of Own Your Content, a campaign from WordPress.com & CreativeMornings, encouraging creatives to take control of their platform, and the future of their work. Read more. 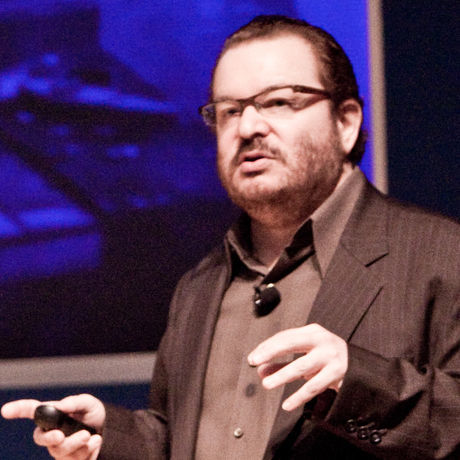 Blogging since 1995. Founder & Publisher, A List Apart for people who make websites (since 1998). Co-founded the multi-city user experience design conference An Event Apart with Eric Meyer.

Since February 2019, has served as a Creative Director at Automattic, makers of WordPress, where he collaborates on websites that exemplify what WordPress can be, and works to integrate design into the company DNA.

Has written two books, notably the foundational web standards text, Designing With Web Standards, currently in a 3rd Edition coauthored with Ethan Marcotte. It has been translated into 15 languages, including (for the last edition) Italian, Chinese, Hungarian, Polish and Portuguese.

Faculty member on the MFA Interaction Design program at School of Visual Arts, New York. Co-founder and host of the internet radio program The Big Web Show (“Everything Web That Matters”), which has twice been named Podcast of the Year by .net Magazine.

In 2012, was the first designer inducted in the SXSW Interactive Hall of Fame.

Civic Hall is a non-profit collaborative community center that advances the use of technology for the public good. Built on the idea that together – technologists, government officials, community organizers, researchers, makers, social entrepreneurs, change-makers, hackers, academics, journalists, artists– we can organize to solve civic problems to scale. We are a community of action-oriented, cross-sector professionals located in the heart of Manhattan, where we aim to better the world through civic tech.