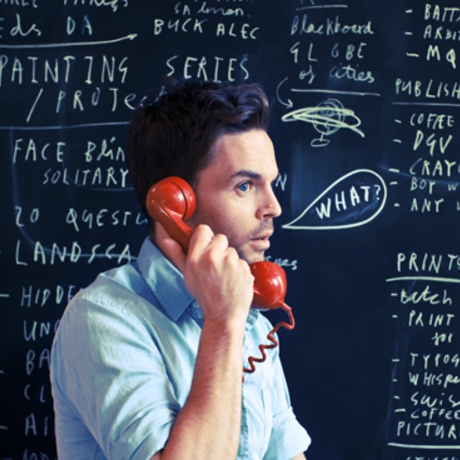 From figurative painting and installation to illustration and picture-book making, Jeffers work takes many forms. His distinctive oil paintings have been exhibited in multiple cities, including the National Portrait Gallery in London, the Brooklyn Museum, Brooklyn and Gestalten Space, Berlin.

Olivers picture books have been translated into over 30 languages, including Lost & Found, Stuck, The Hueys, The Incredible Book Eating Boy, The Great Paper Caper and most recently the New York Times bestsellers Stuck and This Moose Belongs to Me. Working in collaboration with Studio AKA, Oliver’s second book Lost and Found was developed into an animated short film which has received over sixty awards including a BAFTA for Best Animated Short Film. Picture Book awards include the The New York Times Best Illustrated Books, Smarties Award, Irish Book of the Year, The Blue Peter Book of the Year, as well as shortlists for the British Book of the Year, The Roald Dahl Prize and the Kate Greenaway Medal. Oliver won a NY Emmy in 2010 for his collaborative work with the artist and director Mac Premo.

Oliver was born in Australia, brought up in Northern Ireland and now lives and works in Brooklyn, New York.