Nuvi speaks on the influence that sound has in relation to our everyday learning. 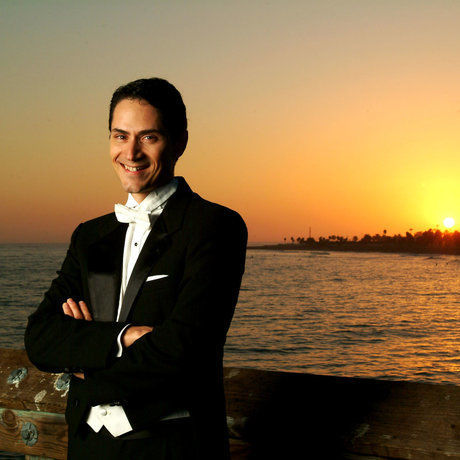 Widely considered one of the finest speakers on classical music, San Diego Symphony Special Project Director, Nuvi Mehta, has a gift for capturing minds and hearts. The L.A. Times likens him to a young Gary Cooper, saying, “… His old-fashioned Hollywood charisma extends to an eloquent and theatrical way of speaking that is almost entirely lost today.” Mehta’s multi-media Symphony Exposé concert series, combining drama and education with symphonic music is building a new generation of classical music lovers. His on stage demonstrations and pre show talks, drawing up to 1000 patrons a night, are a feature of all San Diego Symphony Masterworks Series concerts.

Mehta carries his passion for music into classrooms, boardrooms and conventions, as well, regaling young and old alike with the stories, lives and techniques of history’s great composers.

A graduate of Indiana University and The Juilliard School, Mehta lives in San Diego with his wife Karen and daughter Kaia.