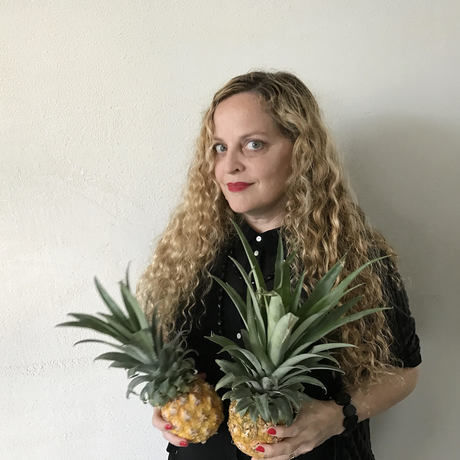 As a screenwriter she has written various films including The Flood (2010), directed by Guy Nativ. She is currently working on Harmonia, a script for a feature-length film that she co-wrote with Nativ, scheduled to be filmed in the US in early 2020, as well as another feature-length film, “Gastronomy”, and a short docu-animated film, “Holy Holocaust”, in collaboration with Osi Wald and other projects. She also teaches screenwriting at Bezalel Academy of Art.

A trip to New York, two and half years ago, awoke her curiosity for pickling. Since then she’s been cultivating her pickling and fermenting passion, giving workshops and hosting unique “sour food-sour stories” events where people share their sour stories around her pickles table. She has run 27 of them in her kitchen in Tel- Aviv, around Israel and the world…and can’t seem to stop.

Come hear her story for #CMPreserve.