Nick de la Canal asks the question: Can we hack Serendipity in our creative pursuits?

On Friday, May 12 at Warehouse 242, over 300 creative Charlotteans came together to hear a familiar voice: that of NPR/WFAE reporter Nick de la Canal. Nick bravely took on our global theme of “Serendipity" – exploring its role in news reporting, journalistic storytelling, and in his own craft, career and life. As you’ll hear, Nick suggests that luck may be an overrated element in the professional creative journey; perhaps we should be more focused on our preparedness, optimism and voluminous output. 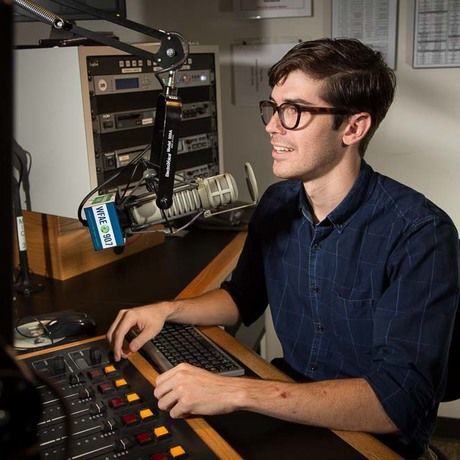 WFAE’s Nick de la Canal can be heard on public radio airwaves across the Charlotte region, bringing listeners the latest in local and regional updates. He’s been a part of the WFAE newsroom since 2013, when he began as an intern. His reporting helped the station earn an Edward R. Murrow award for coverage following the Keith Scott shooting and protests in Sept. 2016. His work has been heard on NPR’s All Things Considered, Latino USA, and other national programs. He grew up in Charlotte, graduated from Myers Park High, and received a degree in journalism from Emerson College in Boston.