Taboos of the 90s 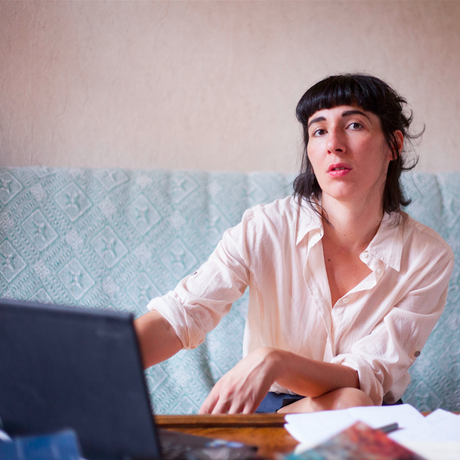 This month our breakfast meets us with the challenging topic of “taboo”.

We invited Neda Sokolovska, an exceptionally brave and non-standard artist, founder of Studio for documentary theatre VOX POPULI, to share with us the ‘verbatim technique’ of acting, the reality as a theatre and the importance of listening.

The topic of the talk is “Taboo and stigmas of the 90s”.

What are the topics from the years of the ‘transition’, which we find hard to talk about and prefer to keep silent? How does this period predefine the development of the current 30-40 year-olds the people who were back then teenagers? How does the verbatim theatre help us overcome the silence, to bring into the light the best kept secrets and to break the taboos?

Parts of the latest performance of VOX POPULI, called “Поколение Ь” will be shown on stage, as part of our discussion.

————————————————————————————– Neda Sokolovska is a theatre director, documentarist, founder of Studio for documentary theatre VOX POPULI. Since 2012 she has been developing the verbatim technique in Bulgarian theatre. She is the director of the plays “Mothers” (nominated for best play ASKEER 2013), “Яце форкаш” (IKAR 2013 award for screenplay), “Але хоп - по високо опънатата тел” (nominated for best technical performance IKAR 2014), “Установено при огледа”, as well as the emblematic series “Invisible”, which looks into the lives of marginal and “invisible” to society social groups. She also holds the award of the Ministry of Culture for significant accomplishments in Bulgarian culture.

Since 2016 she has been initiating the art documentary platform В/ХОД (Entrance), together with Centre for culture and debate Red House, which opens the territory for investigating the reality with the instrumentarium of art.

Hosted by In the Park