Changes in music don’t happen overnight. From ancient chants to DJ dance parties, changes in musical style reflect the choices of musicians experimenting with the new and unusual. Composer Nathan Hall takes us on his journey to becoming a music maker, from writing traditional music for the concert hall to creating theatrical performances in unique spaces and landscapes. Along the way, his conceptions of what makes classical music change. 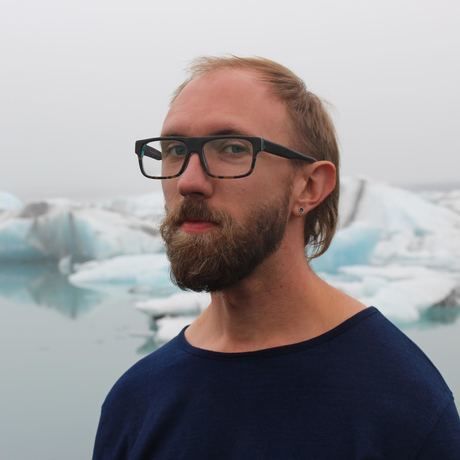 Nathan Hall’s works have been called “fearless” in their multifaceted expressions of the composer’s personal and musical identity. Nathan uses music as an artistic medium to explore a variety of fields including science, nature, the fine arts, history, and sexuality. There is an element of humanity present in all of Nathan’s works, from his traditional classical pieces for chamber ensembles to experimental electronic pieces, sound sculptures, and multimedia projects.

Many of Nathan’s works are based on his travels, mapping out a geography of his experiences while taking the listener on their own personal journey. His “landscape” works reinterpret scientific data or historical documents to create sonic textures whose fantastical or dreamlike sounds actually originated in real locations. Other works are inspired by the composer’s sexuality and experiences as a gay man, creating a special intimacy between performer, place, and audience.

Nathan Hall is a former Fulbright Fellow to Iceland, and holds his Doctorate in Musical Arts from the University of Colorado, Boulder. He holds degrees from Vassar College (BA) and Carnegie Mellon University (MM). His teachers have included Nancy Galbraith, Richard Wilson, Reza Vali, Carter Pann, and John Drumheller. His works have been performed and exhibited around the world by groups as diverse as the String Orchestra of Brooklyn, The Gay/Lesbian Chorus of San Francisco, Ars Nova Singers, Duo Harpverk, a convention of roller coaster enthusiasts, and porn star Dirk Caber. Nathan’s music and collaborative artworks have won numerous awards, and he has been the recipient of several residencies, such as the Catwalk residency in Catskill, NY, the Ogilvy Travel Fellowship to Ireland, and Denver Art Museum’s first Creative in Residence.