Show Up and Stand Out

Christy Coleman’s declares how her muse inspired her to action.

Christy’s work as a museum CEO tackling American history & culture with passion, humor, and a little irreverence expanded our thinking and encouraged our muse to come out and play. Continue the conversation at acwm.org or on twitter @historygonwrong. Thank you to our generous partners at Capital One, IdeaWeavers, Worth Higgins and Associates, ICF Next, Martin Agency, Fahrenheit IT, and newest to the partner family Bonfire! Venue: Studio Two Three. Coffee: Lamplighter. Breakfast: Moore Street Cafe. Videography: Double Take. Photography: Paige Stevens Photography. In Kind Printing: Keith Fabry. Composting made possible by NOPE + Capital One. Community Action by Hands on Richmond. 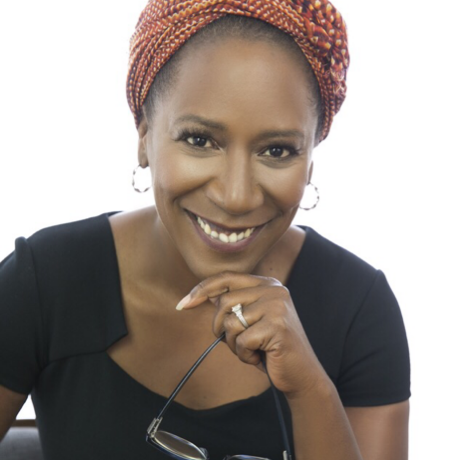 Christy Coleman grew up in Williamsburg, Virginia and earned her Bachelor’s and Master’s degrees from Hampton University. She currently serves as CEO of the American Civil War Museum, located in Richmond and Appomattox, Virginia. In her role as CEO, she has been instrumental in furthering discussion around the Civil War, its legacies, and its relevance to our lives today not only in the Richmond region but around the nation.

She began her career at the Colonial Williamsburg Foundation. During her time with CWF she had increasing levels of responsibility finally serving as Director of Historic Programs being responsible for all programming and tours in the Historic Area. In 1999 she left to become President and CEO of the Charles H. Wright Museum of African American History in Detroit, MI. In 2008, Ms. Coleman was named President and CEO of the American Civil War Center at Historic Tredegar (ACWC).

In 2013 she helped orchestrate the merger of ACWC with the Museum of the Confederacy to create the American Civil War Museum. Christy has served on a number of local commissions and national boards. Christy strives to make museum experiences meaningful to diverse communities. A tireless advocate for the power of museums, narrative disruption and inclusivity, she has been an innovator and leader in the history museum field. She’s written numerous articles, is an accomplished screenwriter, public speaker and has appeared on several national programs. Her work has been featured in global and national publications.