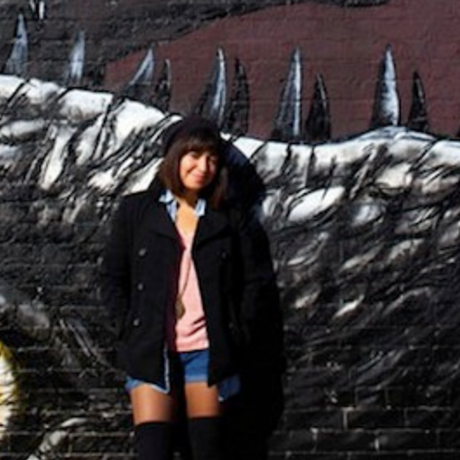 Monica Campana, Co-founder and Executive Director of Living Walls, seeks to promote, educate, and change perspectives toward public space in our communities via street art. The idea behind Living Walls is to bring together artists working in the public space (like street artists and graffiti writers) with those who spend their time talking about public space (like urbanists, urban farmers and professors) under the same roof.

Living Walls recently picked up the award from the Atlanta Urban Design Commission for best organization of the year, and Creative Loafing put Campana on its list of the “20 People to Watch” in 2012. Living Walls champions folks from the male-dominated world of graffiti and street art, whose pedigrees in trespassing and anonymity are as well cultivated as their knowledge of color palettes. Wyatt Williams in a Creative Loafing article stated that “ Campana’s organizational skills are downright remarkable: One might assume that running a nonprofit that specializes in herding stoned cats would require a similar set of skills.”

Hosted by High Museum of Art