Miya Bailey, founder of Atlanta’s City Of Ink tattoo shop talks about his journey that developed him into the artist he is today.

Miya Bailey, founder of Atlanta’s City Of Ink tattoo shop talks about his journey that developed him into the artist he is today. 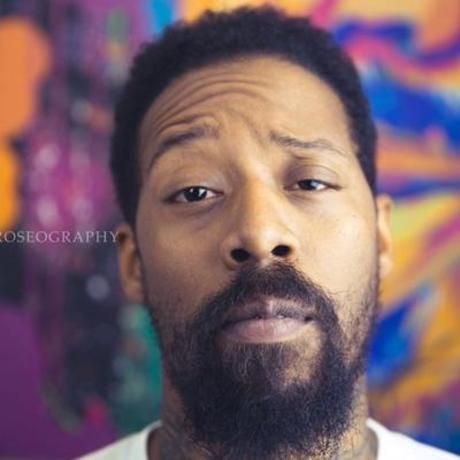 Miya Bailey is a painter, illustrator, humanitarian, art dealer, and tattoo artist with 22 years of tattooing in Atlanta @CityofInk. He is out to change the way the world views art. He was born and raised in the richly cultured city of Asheville, North Carolina. While living a street lifestyle in his youth, he still made a pathway for creative outlet by constantly drawing and “scratching”, which is a simplistic style of tattooing usually associated with prison and in home shops or other unlicensed platforms. Miya always knew he had a god given gift, but he had a lot of growing up to do before he realized his talent had the power to make a difference in the world.

While having made Atlanta, GA his home, he gained an almost impossible apprenticeship and began to fine tune his skin art skills, thanks to Julia Alfonso. It wasn’t long after that he and Tuki Carter opened a revolutionary tattoo shop called City Of Ink. It immediately stood out from the rest of the thousands of cultured tattoo shops around the country by doing something rare—being minority owned. City Of Ink artists also dared to break the mold by mastering the use of color ink on all skin colors. By having representation from every aspect of art to include painting/graffiti, music, and fashion, their shop quickly grew to be a home for an entire culture, rather than just ink.

The success of establishing a historical monument in art culture may be more than enough of an accomplishment for some, Miya sees no limits. He’s devoted to educating. He’s known to do Q&A on twitter and answer every single question. He often challenges his social media followers to learn about other artists as well. After having travelled and tattooed across the world, Miya saw fit to create a documentary film to capture the history, struggles, and triumphs of the African-American tattoo community. He put his all into creating Color Outside The Lines. Countless trips, phone calls, and editing went into making his dream of educating the masses come to life.