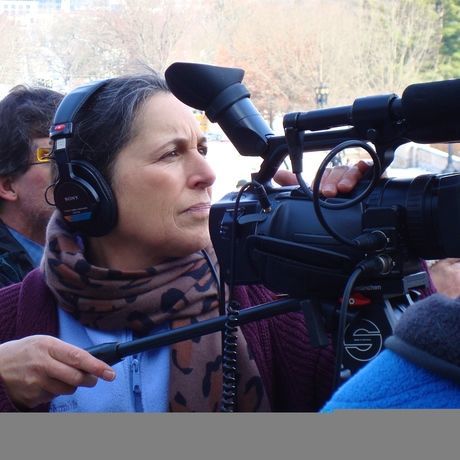 Mimi Pickering is an award-winning filmmaker and director of Appalshop’s Community Media Initiative. Located in the Kentucky coalfields, Appalshop is in its fifth decade using cultural organizing and place-based media, arts and education to advance social justice, environmental sustainability, and economic equity. Pickering’s documentaries include: The Buffalo Creek Flood: An Act of Man (selected by the Librarian of Congress for the National Film Registry); Chemical Valley (POV broadcast) which focuses on the reality of environmental racism and the implications of the Bhopal disaster for residents of West Virginia’s Kanawha Valley; Hazel Dickens: It’s Hard to Tell the Singer from the Song, a portrait of this West Virginia native whose feminist country ballads, union anthems, and blue collar laments combine the traditional and the political., and most recently Anne Braden: Southern Patriot, a feature on this storied racial justice leader who was based in Louisville. As CMI Director, Pickering leads Making Connections News, a multi-media collaboration with WMMT-FM exploring sustainable and just economic options for renewing Appalachia, and is a team leader for All Access EKY, a youth media initiative to increase access to the full range of reproductive services in Eastern Kentucky.