Premiere event that reunites 4 cities, 4 micro-communities and 4 radically different speakers - Mihai Chirilov, Adela Fiofu, Rudolf Graf and George Plesu - that will explore this month theme as a reality, a thought, a way of being or of behaving. Andreea Vrabie, one of the founders of CreativeMornings Bucharest, kindly accepted to be our master of ceremonies, weaving our guests’ stories together. 🌞 powered by belVita 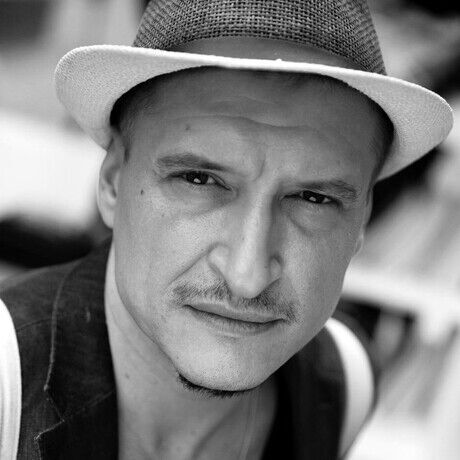 Mihai Chirilov is a film critic and the artistic director of the Transilvania International Film Festival, which he co-founded in 2002.

In addition, he works as a curator for the Romanian Film Festival MAKING WAVES in New York and as an advisor for the documentary festival fARAD in the city of Arad, Romania.

He co-organized the complete retrospective of Lucian Pintilie’s work at MoMA and many Romanian film seasons abroad. He is a FIPRESCI member, a voting member of the European Film Academy and part of the selection panel for the Lux Prize nominations. He did jury duties at film festivals such as Hong Kong, Berlin, Karlovy-Vary, Thessaloniki, San Francisco and Moscow, among many others.

He contributed to several film anthologies and is the coauthor of a book about Lars von Trier, The Films, the Women, the Ghosts.