part of a series on Transparency
November 1, 2016 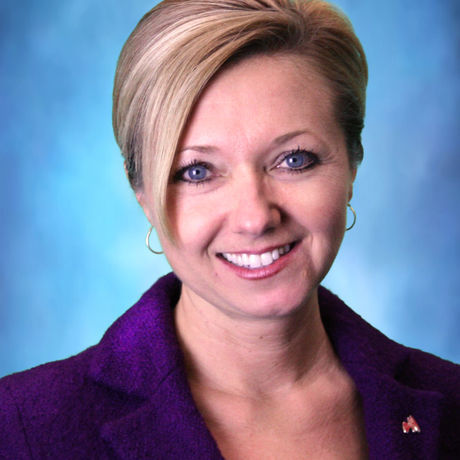 Mayor Rosalynn Bliss became the City of Grand Rapids’ first female Mayor when she took office on January 1, 2016. She previously served as a Second Ward City Commissioner for 10 years.

Mayor Bliss also is an adjunct professor at Grand Valley State University’s School of Social Work. She earned bachelor’s degrees in psychology and criminal justice from the University of South Alabama and a master’s in social work from Michigan State University.

Mayor Bliss is active in her profession and in the community. She is President of the Michigan Municipal League and serves on the boards of the Downtown Development Authority, Experience Grand Rapids, Grand Valley Metro Council Kent County Land Bank Authority and Interurban Transit Partnership, among many other organizations.

She is a member of the West Michigan Environmental Leadership Network, and she serves on Governor Snyder’s Child Lead Poisoning Elimination Board.

Mayor Bliss has been recognized and honored locally as well as statewide for her commitment, dedication and work in the field of child abuse and neglect and for her leadership in the community. Recognitions include: - Crain’s 100 Most Influential Women - Grand Rapids Business Journal’s 50 Most Influential Women in West Michigan - Five-time recipient of Grand Rapids Business Journal’s 40 Under Forty distinction - West Michigan Public Relations Society of America’s Communicator of the Year Award - ATHENA Young Professional Award - Tim Pope Memorial Award for Outstanding Young Governmental Leader - Christine Nelson Professional Award for Service to Children - Michigan Professional Society on the Abuse of Children Special Recognition Award

As Mayor, she is committed to supporting small businesses and entrepreneurs as well as addressing disparities in our community and making sure that Grand Rapids is the place for everyone.