Matt Myers breaks down the creative process behind his songwriting and shares some of his music live. 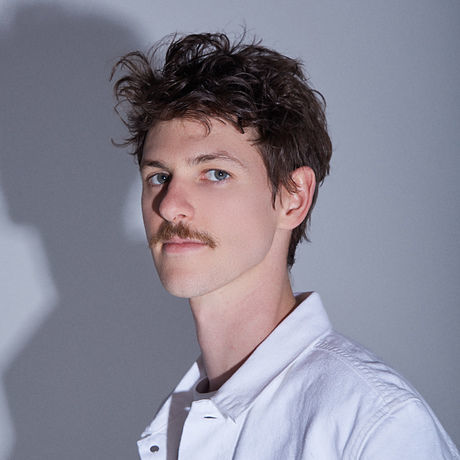 Matt Myers is a songwriter, guitarist, and vocalist for the band Houndmouth (2011-present). Houndmouth has released 3 full length albums, from which songs have appeared on major cable network shows such as Grey’s Anatomy and This Is Us. “Sedona”, the single from Houndmouth’s 2016 album titled Little Neon Limelight, is a certified gold track. They are currently signed to Warner Brothers Records. While songwriting is Myers’ primary focus, he has a hand in every aspect of the creation of a record (including but not limited to composition, arrangement, and production). Myers believes that vitality arises from a personal relationship with creativity and lives his life as such. Myers is 31 years old and lives in rural Southern Indiana with his wife and their two daughters.

There's nothing worse for creativity than that voice [your inner critic]. — Matt Myers

Wherever your desire is your mind will form it. — Matt Myers

Just play around until some words land. — Matt Myers

It's only when I calm my mind and start strumming that music and words just happen. — Matt Myers

What you want to do is be in the squiggle space all the time. — Matt Myers