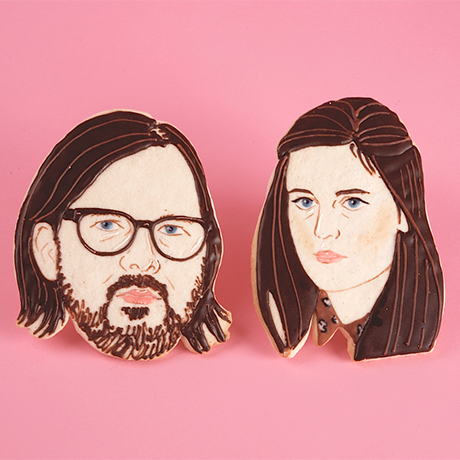 Clark Stiles moved schools 12 times before graduating high school. He attended one college class. He moved from Oregon to Los Angeles to pursue at least one of many life ambitions in the fields of music, computers, home/TV/VCR repair or anything that didn’t feel like school.

Roxanne Daner is a Waldorfian from the suburbs of New York who begrudgingly moved to Los Angeles in 2006. Upon arrival she bought a car, traded her boyfriend for a dog and continued her journey as a designer and illustrator.

The two met at a party that very same year. They joined forces to create a crude website about a pubic hair—which won an FWA—so they decided to start their own creative studio.

Ten years later, Ludlow Kingsley has grown to a team of seven, operating out of storefront on Sunset Blvd in Silverlake. They’ve amassed a portfolio of diverse and colorful projects, ranging from logo design to print collateral to all things digital (you know, websites). They’ve been fortunate enough to work on projects such as Grand Central Market, Milton Glaser, YouTube, GOOD and Parachute Home.