URBANISM: Net and the City

Louis Guay speaks about the connected city as the new model for the state.

The city is the new State

In a splendid room filled with some of the province’s most creative minds (participants now come from afar!), welcoming notably the four mayoral candidates, was held the Fourth edition of Creative Mornings Montréal. The day’s theme, much in line with those of the inhabitants of our city following the ongoing confidence crisis: urbanism.

Gathered at the Canadian Centre for Architecture to celebrate its subtle convergence of heritage and promise, the participants were in for a ride with Montreal Living Lab’s President, Louise Guay.

A Ph.D. in communications yet an urban influencer in numerous disciplines, Louise Guay’s conference, whose title “Net and the City” left no doubt as to its objective, consisted of argumenting that in the city of the future, connectivity will be the central economic, social and political asset.

From narratives to streets, and from places and spaces, Guay schematized numerous interpenetrating local initiatives that create and reinforce the urban network of creation. “More collaboration, less territoriality”, for Louise Guay, the major contemporary challenge we are faced with is to bring down the borders, so that “the countryside comes to the city, and the city out to the countryside” and the arbitrary delimitations of city, suburb and country can be abolished. In this new “rurbanity”, politicians are busy with the construction of their city, together and collaboratively.

This is notably why, beyond a gathering of briliant souls, Guay had also made sure to get her talented co-conspirators to join in. Amongst them, a few current or future f. & co accomplices, of which Louise-Marie Bouchard (CIBL), Louis-Philippe Maurice (Busbud), Caroline Gagnon (Univ. Laval), Pascal Beauchesne (MUTEK), Christine Renaud (e180) and Vincent Chapdelaine (Mur Mitoyen) are just a few.

Concluding on a question by “Citizen Coderre”, yet ponctuated by engaged tweets from Mélanie Joly, and taking advantage of passionating conversations with Richard Bergeron and Marcel Côté, this is one Creative Morning we’re not ready to forget. Its touch of political flavour, combined with the substantial reflection on the future of our city, undoubtedly carried enough impetus to inspire our future mayor, whoever he or she may be. 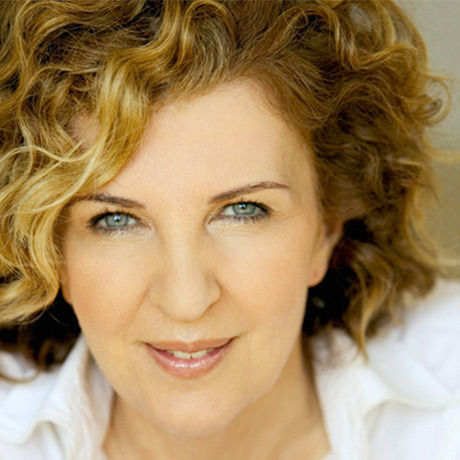 Louise Guay is president of Living Lab de Montréal, where she leads projects drawing on intelligent urban transportation, gamification and the open economy to experiment with new approaches to public consultation and the mobilization of resources and ideas of all origins.

Louise Guay has a broad experience in strategic positioning, agile planning and wealth creation through technologies, having worked with both startups and large companies. Her impressive professional curriculum is punctuated with several innovations: the first online virtual dressing room, with adjustable 3D models, personalized user experience, social shopping, a fashion pictionary, and visual search for styles. She is also a consultant on virtual identity and has developed a true understanding and practice of the Female Economy.

PhD in multimedia communications from Université de Paris VIII, she is “entrepreneur in residence” at CIRANO, where she looks for ways to bridge academic research with the realities and needs of the field, these somewhat disparate puzzle pieces that, Louise, as the playful person that she is, just loves assembling… in creative ways.

Technology is giving a lot of power to the users rather than to large technology companies. In politics, it is the power of citizens that is taking shape. — Louise Guay

Hosted by Canadian Centre for Architecture