part of a series on Curiosity 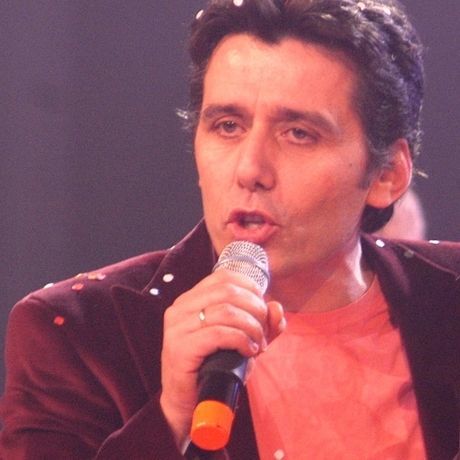 Albanian-Canadian, Multi-talent and Independent Artist. From 1996 for 22 years performing from Acting to Screenwriting. From Directing to producing,then Poetry, Singing, composing, publishing Books, participating as showman and finally the Founder of “Sirea Film” a Performing Arts School in Tirana, Albania. In 1988 graduated in Academy of Fine Arts in acting, Tirana, Albania. In 1990-1995 working as director/actor in “Skampa” theatre Elbasan, Albania. In 1997 participation in 21st World Film Festival Montreal, Canada with “Sounds of Oblivion” Screenwriter, Director and Actor. 1999-2002 studying Film Production in Concordia University, Master. In 2008 participation in 48 World Festival of Performing Arts in Croatia with “Traffic on Rooftop 47” Musical. Scriptwriter & Producer, winning “The Best Show of the Festival”. In 2009 Host & Producer of the tv show “Kids say the darnedest things” In 2013-2014 two indie films “Us” and “Wild air Drinkers”, Screenwriter and Producer. In 2015-2016 publishing two books: “In the name of father, daughter, and barefoot soul”- Realistic Fiction, based on a true story. A breathtaking story about crime,prostitution, Forgiveness v.s. Ingratitude. The Artist v.s. Gangs. “The Attic” (interviews about childhood memories,secrets, wounds of childhood, drugs, after life with Prime Ministers of Albania S.Berisha, E.Rama, Ambassadors, Personalities of Arts, Actors, Writers, Singers.) In 2017 a New Guinness World record “largest cup percussion ensemble”. Creator & Producer. 2017 young people performing in Tirana boulevard for peace, hope, coexistence. Leonard is Outstanding for physical energy. Believing in Arts like a kid his toys. A Never changing Optimist, Extremely positive, social missioner. The Mix of Feelings that comes out of Leonard Bombaj’s Works: “Sometimes laughing, sometimes Tears, Sometimes Laughing with Tears.”

Everybody knows that “Curiosity killed the cat”. Ok! Without curiosity people would still be on trees. Curiosity dragged them down, making them the most powerful species on earth. Firstly, they discovered that the world was not a flat disc, but round, and today they are looking at the stars, and the first residents of Mars have departed. I have understood that you win more by being Curious with the unknown, than to memorize what people offer you. Imagine yourself being in the dark, trapped inside a tuna can. Suddenly, you can see light through a hole in the can. Can you resist the urge to look through the hole? I don’t think so. Can you resist the urge to listens to the sounds outside the tuna can, can you resist without eavesdropping? I don’t think so. Well, that was the way Albanians lived these 50 years. The Curiosity became irresistible… the foreign televisions, the border crossing. Since antiquity it has been said that Albanians see better at night, than in the daylight… The childhood unfolds the Curiosity with a lot of “Why-s”. On the other hand, art sharpens the Curiosity with the 5 famous W-s: “Who?” “Where?” “When?” “What?” “Why?” Modestly, I admit that I didn’t start my journey to become an artist. But a teenager, with his own curious games, bumped into the doors of Art. At the age of five the crowd lifted me up in the air and I cried in front of a cinema door because “I didn’t know what was happening inside”. And in 2017 I admit proudly that Curiosity involved me and took me towards a Guinness World Record. The great thing in art is that through the Curiosity you push impossible doors and discover the unimaginable. But the fun thing is that when you want to re-tell your discovery, you become a Creator of your confessing, and it’s hard for you to understand that you saw it or created.