Laura Seargeant Richardson goes beyond just sharing the tools she and her teams use to explore what is possible, she allows us into her world of creativity. A world beyond the one most of us live in, it is a world she gets to create. It is the world of tomorrow. 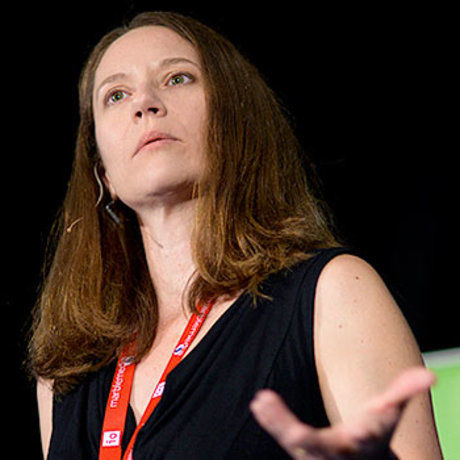 Laura Seargeant Richardson is currently a Creative Director at argodesign, a product and innovation consultancy. She specializes in customer experience strategy and design for a variety of clients such as Best Buy, Disney, TrueCar, Expedia, Cancer Treatment Centers of America, United Rentals, Thermo Fisher, The New York Times and AT&T among others. Laura spent more than a decade at frog design and did stints at M3 Design, Trilogy, and IBM.

Laura’s personal passion is inspiring game changers and next generation designers through frameworks that harness the power of play and creativity to further innovation. Laura has spoken at The Creative Problem Solving Institute, The Creative Leadership Academy, ToyCon, MIT, IIT, SXSW, Pecha Kucha, the IDSA’s World Congress, INPlay Toronto, and The World Congress of Play. She was invited to speak at Crayola’s Innovation Forum in 2014 and TED Global London in 2010. She is currently working on a TEDMED (Chaos & Clarity) talk that reveals a set of “lens” for looking at the world of healthcare to drive innovation in a space that is grappling with rapid changes and responses.

She has written for periodicals like Parents Magazine (The Future of Play, March 2014), The Atlantic (Play Power: How To Turn Around Our Creativity Crisis, May 2011; The Kaleidoscope Mind: Harnessing Creativity, November 2011), and Fast Co. Design (The Periodic Table of Play, April 2014; The Four Secrets of Playtime That Foster Creative Kids, December 2010; The Gleeve Turns Game Design Into Child’s Play, November 2010) as well as 99U, GOOD, Gizmodo, Interactions, Innovation, Medium, Monthly DESIGN, Texas CEO & China’s Global Entrepreneur. Laura is also a toy and game evaluator for The Parents Choice Foundation. She has inspired and brainstormed with playmakers including Wild Planet Toys, Gymboree and The Children’s Creativity Museum and has created or co-created conceptual games like Alien Ambassadors, Secret Stories, and The Gleeve to promote creativity in kids.