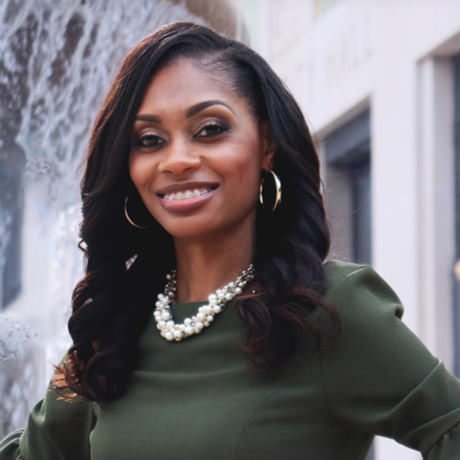 It’s hard to imagine anyone who has more experience being an underdog, and helping others facing long odds, than Keeda Haynes. Just read her story for yourself:

Before joining Free Hearts, I served my community for six and a half years as an Assistant Public Defender at the Metro Nashville Public Defender’s Office. As a public defender, I poured my determination, energy and passion in to fighting for my clients in the courtroom and also in the community.

The fight to end the inequalities of our racist criminal justice system is personal to me.

Two weeks after I graduated from Tennessee State University with a degree in criminal justice—the first in my family to earn a degree—my parents dropped me off at the gates of Alderson Federal Prison Camp to begin a 7-year sentence for a crime I did not commit.

I spent almost four years as inmate number 00017-011. I refused to give up, and after years of appeals, I was resentenced to the mandatory minimum sentence of sixty months (5 years) in federal prison. There is no parole in the federal system. I was finally released from federal prison on December 1, 2006.

I refused to become a permanent casualty of the ill-begotten War on Drugs. Despite the barriers to re-entry, I enrolled into law school at the Nashville School of Law two years after my release. I graduated in 2012 and passed the bar exam. But even then, I had to clear another hurdle – the character and fitness examination by the Tennessee Board of Law Examiners.

I heard over and over from lawyers and legal professionals that I was unlikely to pass. But I refused to quit. I cleared the character and fitness inquiry and became a practicing attorney in Nashville, in December of 2012.

My fight for justice was only beginning when I walked out those gates at Alderson. Serving on the front lines of the criminal justice system as a public defender, I saw from the other side how our system is not based on justice, but on race and economic status. I fought for my clients in the courtroom, and I have continued to amplify their voices in the community, through education and advocacy in Nashville, across Tennessee, and around the country.

I have been honored to serve and advocate on behalf of my community, focusing on criminal justice reform, racial inequality, incarcerated women’s rights, voter restoration and other critical issues preventing my neighbors from fully realizing their potential.

This event, like everything these days, will be held on Zoom. Keep your eyes on your inbox (and spam) for a link sent from our ticketing system the day before the event.

Our Edinburgh chapter chose this month’s exploration of Underdog, Astrid Jaekel illustrated the theme, and it’s presented globally by Mailchimp