Walking the Talk on Equality 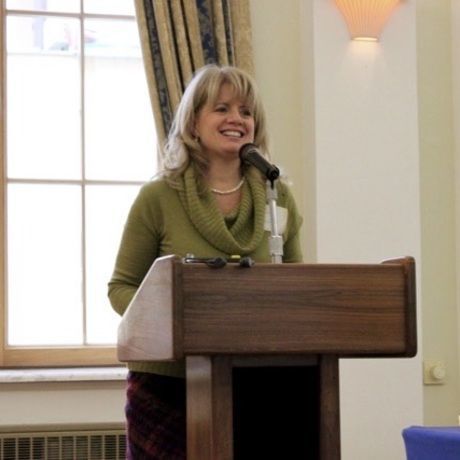 Walking the Talk on Equality: How Community Organizing Techniques Can Help Us to Act on our Values

In this talk, I will share my experience of organizing communities around the world to achieve the change they seek, focusing on greater equality of opportunity for all. I will ask you to dig deep to define your values and imagine an organizing goal of your own, and will provide you with a few tools to start taking action. I have used these tools myself over the past decade and they have worked for me, whether increasing voter participation to get President Obama elected in 2008, fostering the inclusion of young people with disabilities in Russia through theatre starting in 2012, opening a bridge between international and Russian women who are leaders and activists in civil society or empowering communities across the globe to organize for the Women’s March this past January to launch a new era of resistance.

Together we will explore how the stories we tell can move others to act by helping them to access their values through emotion. Participants will have an opportunity to begin creating their own narrative to launch the action they wish to take. And we will practice a simple technique to start building relationships with likeminded seekers of equality. I will also provide an overview of the development of community organizing through the struggles of the civil rights movement of the 20th century and suggest where it could take us in combination with technology in the 21st, and how we can all move from fear and uncertainty to hopeful action.

Karen Olson is a community organizer and progressive citizen activist who offers trainings for organizing campaigns that unite communities across countries and borders. She most recently served as one of the eight Global Coordinators for Women’s March, bringing together millions of people in grassroots coalitions in hundreds of marches around the world on January 21st 2017, to promote women’s rights as human rights and to champion the values of equality, diversity and inclusion.

Her organizing experience over the past decade spans the US, Europe and Russia. In 2008, Karen was a Field Organizer in Florida, helping Barack Obama to win the US presidency by organizing hundreds of volunteers in to get out the vote and overseeing the registration of thousands of new voters. As an activist in the US Democratic Party, she most recently served as a Bernie Sanders delegate to the 2016 Democratic National Convention. In 2007, she co-founded the grassroots organizing group Geneva for Obama, uniting more than 500 Americans in Switzerland in support of Barack Obama’s 2008 primary campaign.

As an organizer, Karen works with young people with disabilities in Russia and Croatia. She launched the ongoing “Theatrical Perspectives” program in Moscow in 2012, which in the past 5 years has provided almost 100 young Russians with disabilities the opportunity to learn the art of playwriting and to have their plays performed in major Moscow theatres, providing them with a means to find their public voice, to experience and advocate for inclusion and to acquire leadership skills. In 2016, she spearheaded the first Theatrical Perspectives program in Zagreb, Croatia, under the auspices of the Zagreb Youth Theatre.

She also fosters the empowerment of women leaders and activists in civil society through Women’s Bridge, an association she co-founded in Moscow in 2012 which brings together 400 women leaders and activists in Russian and international civil society to exchange experience and expertise.  From 2010 - 2012, Karen worked as a trainer on civil society organizing techniques in Russia. She first worked in Moscow in 1989 on a cultural exchange program between the US and the USSR.

Karen has studied community organizing with Professor Marshall Ganz of Harvard University’s Kennedy School of Government. She holds a Master’s Degree in Interpretation from the University of Geneva, and a Bachelor’s Degree in History, with Honors in Russian, Soviet and East European Studies, from Williams College.