Chef and Restauranteur Justin Cucci discusses the weird histories of his restaurants in adult bookstores, mortuaries, and more.

Chef and Restauranteur Justin Cucci’s restaurants have always left a mark. From a former mortuary (Linger) to an adult book store (Ophelia’s Electric Soap Box), Cucci looks to incorporate the “weird” history of his buildings into the design of each modern restaurant he opens. Come and hear Justin talk about his approach to design and how he’s able to make such fantastic places thrive in the midst of their weird history. 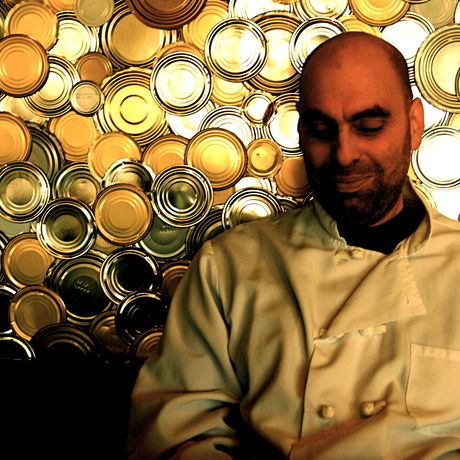 Justin Cucci has a long history in the restaurant industry — he and his family owned and ran the notable Waverly Inn in New York City from 1956 to 1994. He took his first steps in the dining room, where the servers unofficially provided daycare. After pursuing a degree in computer science, he decided it wasn’t for him, dropping out of college to work in his family’s restaurant. Shortly after his return, the restaurant was sold to Graydon Carter, editor-in-chief of Vanity Fair.

Seeking a change of pace, Justin headed to Key West to open two successful restaurants over a period of 10 years. In between, he moved to Denver for kitchen positions at The Beehive, where he was fired after his first day (but re-hired after persistently showing up at the restaurant on a daily basis), and Aix. With both ventures, he saw the importance of connecting a neighborhood to a dining experience in the same way ingredients are connected to the food.

Justin moved to Denver permanently in 2008 and opened Root Down, a restaurant known for its accessible and inclusive culinary sophistication. Root Down has gained a loyal following and much critical acclaim for its globally-inspired seasonal cuisine. A few years later he opened Linger, one of Denver’s most popular restaurants serving global street foods with an inventive bar program to match. His next venture, Root Down DIA, took Root Down’s successful formula but placed it in Denver International Airport, making healthy, mindful cuisine more accessible to travelers. In 2015, Ophelia’s opened—the first Edible Beats concept to open downtown—and most recently, Cucci opened Vital Root, healthful fast (slo) food on Tennyson Street.