Julian Garner speaks on keeping creativity in the city and preventing the city from developing over it. 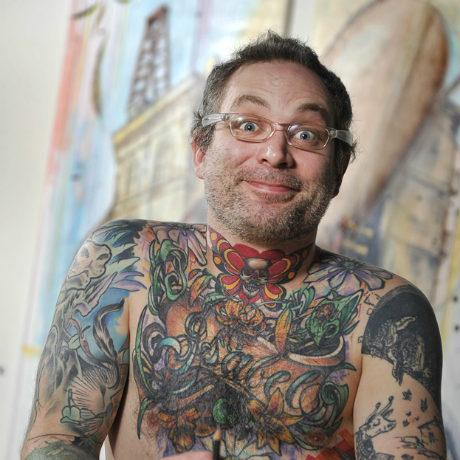 Julian Garner’s career has followed a unique trajectory, which has played a significant role in the impressive work he produces today, mostly out of his shop and gallery space on Parkdale Avenue. Having originally worked as an artist and animator for several studios, Julian became disillusioned by the influence that non-creatives had on creative decisions. Blessed with incredible talents, Julian brought his perspective and skills to the world of tattoo, when a friend offered him an opportunity to try it out. Now, a notable and acclaimed figure in Ottawa’s art scene, he creates visually stunning and rich pieces of art on many canvasses, whether it be the human body, paintings, or murals. His mentality is influenced by his experience as a skateboarder, and his work embodies the fearless and bold mindset that permeates skate culture. Known for his striking imagery, and masterful use of colour and shade, he is also known for his strong opinions on art, and creative communities. Not one to shy away from controversy, Julian is primed to deliver an informative, inspiration, and thought-provoking talk at CreativeMornings.