Julia’s talk is about our work on studybuddhism.com, an educational platform for everyone who is interested in Buddhism. Every day we face challenges; and how we react to these defines our overall state of mind. At studybuddhism.com we share Buddhist methods for dealing with everyday life – in a way that makes us happier, more balanced and more productive. Our challenge as designers here is to respect and transport Buddhist thinking for a modern audience. 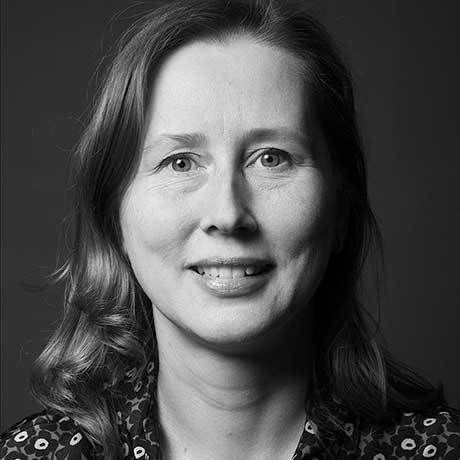 Julia Sysmäläinen, educated both as a designer and a philologist, has Finnish and Russian roots. She is an experienced corporate and type designer and has worked many years for Edenspiekermann Amsterdam and Berlin with customers like the American Academy, Bosch, CBS-Holland, Deutsche Bahn, Gravis, MEAG, Ottobock, Paulmann, Sentres, visitBerlin, WineStein and others. In 2007 she founded her type studio “Juliasys” in Berlin which she runs with a small team of partners. Retail typefaces designed at Juliasys include the award winning FF Mister K family, Colorado, Emily In White, Josef K Paneuropean, Mir, ALS FinlandiaScript, ALS Pobeda, ALS Scripticus, ALS Syysscript and others. Julia Sysmäläinen’s typefaces have been released by Art. Lebedev Studio Moscow, FontFont Berlin, and Juliasys Berlin. Photo: Marc Eckardt