The musicians of the orchestra and I are the stewards of the aural treasures of the past, the curators of the present, and the dreamers of the music of the future.

The repertoire for the symphony orchestra- comprising 300 years of glorious music and vibrantly growing into the future- provides a sonic history of our lives and our culture, helping us to build on the past and to understand the world. In preserving great music, we are connecting people across the continuum of time. We celebrate the best of the human spirit in the heritage of our extraordinary musical legacy. 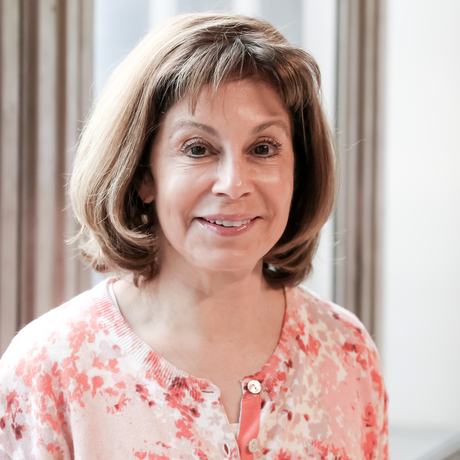 JoAnn Falletta is internationally celebrated as a vibrant ambassador for music, an inspiring artistic leader, and a champion of American symphonic music. Praised by The Washington Post as having “Toscanini’s tight control over ensemble, Walter’s affectionate balancing of inner voices, Stokowski’s gutsy showmanship, and a controlled frenzy worthy of Bernstein,” she serves as the Music Director of the Buffalo Philharmonic Orchestra and the Virginia Symphony Orchestra and Principal Guest Conductor of the Brevard Music Center.

Upon her appointment as Music Director of the Buffalo Philharmonic, Falletta became the first woman to lead a major America ensemble. She has since been credited with bringing the Philharmonic to a new level of national and international prominence. The orchestra has become a leading recording orchestra for Naxos and returned twice to Carnegie Hall, first in
2004 after a 20-year absence, and again in 2013 as part of the Spring for Music Festival. In 2018, the BPO made their first international tour in three decades, to perform at Warsaw’s prestigious Beethoven Easter Festival where Falletta made history as the first American woman to lead an orchestra at the Festival. She and the BPO have been honored with numerous ASCAP awards, including the top award for Adventurous Programming. Other accomplishments include the establishment of the orchestra’s Beau Fleuve label, the founding of the JoAnn Falletta International Guitar Concerto Competition in partnership with WNED, and the national and international broadcast of concerts on NPR’s Performance Today, SymphonyCast, and the European Broadcasting Union.

With a discography of 112 titles, JoAnn is a leading recording artist for Naxos. Her discs have won three GRAMMY® Awards and received ten nominations. In 2018, Naxos is releasing three recordings with JoAnn, Wagner, Music from the Ring with the BPO, music of Franz Schreker with the Berlin Radio Symphony Orchestra and her fifth world premiere recording of music of Kenneth Fuchs with the London Symphony. Upcoming albums include music of Respighi with the BPO to be released by Naxos in February 2019.

Falletta is a member of the esteemed American Academy of Arts and Sciences, has served as a Member of the National Council on the Arts and is the recipient of many of the most prestigious conducting awards. She has introduced over 500 works by American composers, including well over 100 world premieres.

She received her undergraduate degree from the Mannes School of Music, and her master’s and doctorate degrees from The Juilliard School. When not on the podium, JoAnn enjoys writing, cycling, yoga, and is an avid reader.