A bird’s eye view of us playing 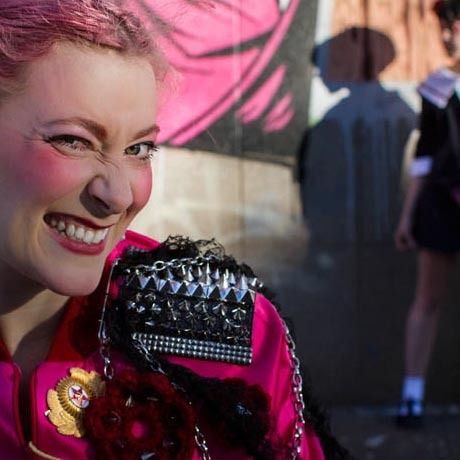 Jemma Kahn graduated from Wits University in 2007. Her performance credits include the lead in Jane Taylor’s ‘After Cardenio’, commissioned by Harvard scholar Stephen Greenblatt and her acclaimed kamishibai production ‘The Epicene Butcher’ which premiered on the National Arts Festival Fringe in 2012. Jemma was the primary illustrator and principal storyteller in ‘The Epicene Butcher’, which received an Ovation at the National Arts Festival Grahamstown 2012, Critics’ Choice and Best of International Tour at Amsterdam Fringe 2012 and performed at Edinburgh Festival 2013 as part of Assembly’s South African Season. Design credits include Greg Homann’s South African premiere of Ariel Dorfman’s ‘Delirium’ for which Jemma received a Naledi nomination for Best Costume, and Helen Iskander’s ‘Planet B’. She was one of The Mail & Guardian’s Top 200 Young South Africans 2013 and lives and works in Johannesburg