Gavin Glass Sound and how it connects to me

The Bear Champ has quickly taken over the streets of Chicago. In his talk, JC lays out how his life as an artist began and what it took for him to make it here.

Puerto Rican artist JC Rivera talks with us about survival and how he’s rolled with the punches through his career. JC has worked numerous jobs and experimented with various art forms that have helped him to grow into the incredibly versatile and hard working artist he is today. It’s no surprise that all his hustle and passion for his work has earned him a spot as one of Chicago’s most iconic street artists. CreativeMornings/Chicago is hosted & organized by Jen Marquez Ginn and coordinated by Marlene Paez. Video by Alejandro Moore, Chris Mendoza, and Amy Ginn. Follow along with us at @Chicago_CM! 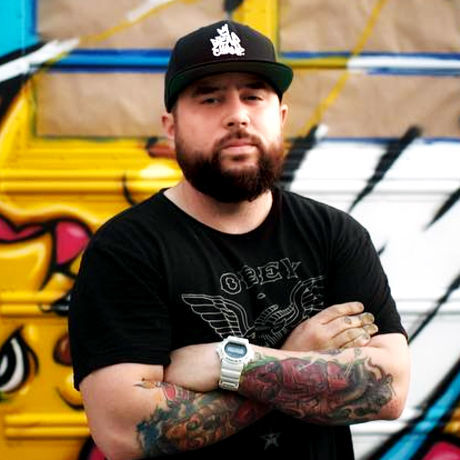 JC Rivera is an artist based out of Chicago known famously for his character The Bear Champ. He’s been illustrating, painting, and doing anything and everything art for the past nine years, having worked in the past as a cartoonist, toy designer and graphic designer. More recently, his work focuses largely on creating murals and street art. From Pilsen to The Loop to Wicker Park, JC is painting the streets of Chicago. If you’ve stepped foot in the city, you’ve likely witnessed his handiwork in some form.

In addition to his commissioned work, you can often find JC in collaboration with some of his favorite artists. He’s been a contributor on projects like Matthew Hoffman’s “You Are Beautiful” campaign and “The Numbers Project” in Logan Square. His work has been featured in many places, including local spaces like Galerie F, various magazines, galleries throughout the world, and multiple online sites.

Hosted by Reva and David Logan Center for the Arts, University of Chicago