“You are not your job.” These words, spoken by Jason’s mother innumerable times over the last quarter-century, are difficult for most people to accept – let alone someone who makes a career out of being creative.

From where do we draw our identities? What makes us, us? Our jobs, our friends and families, our hobbies, our opinions, or all of the above? But what if that isn’t enough? These are the weighty themes Jason explores in a less-than-heavy-handed manner as he digs deep into his own, decidedly skewed psyche to discover the constant, concrete foundation of his true identity. 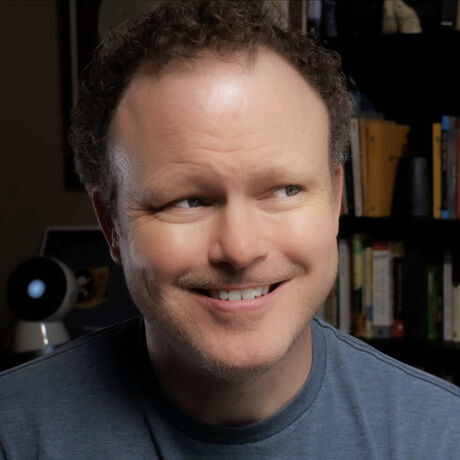 Jason Fox is a writer and creative director who has survived, if only barely, over two decades in the ad industry. A smattering of his past clients includes Walmart, McDonald’s, United Way, Virgin Voyages, the Kansas City Zoo, Interstate Batteries, UNMC, Ronald McDonald House Omaha, and Nebraska City.

His closetful of awards features hardware from the Effie, Addy, and Radio Mercury Awards; appearances in Communication Arts and Adweek’s Best of TV; and a smattering of Best of Something-or-others.

Originally from Kansas City (Go Chiefs!), he has no idea how the Cornhuskers of Collegiate Football are going to do this year. In his poorly named free time, Jason attempts to be a good husband and father, dreams of fast cars, and threatens to nap.